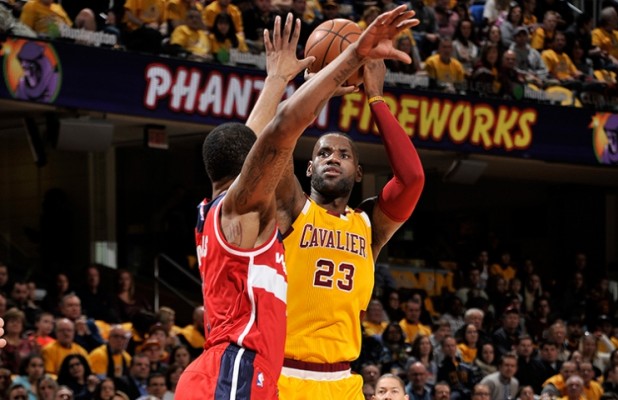 For the third time in the 2015-16 season, Cleveland Cavaliers forward LeBron James was named the Eastern Conference Player of the Week by the NBA. It also marks the 51st time in his storied career that James has received the accolade, a league record.

Coming just days after James was tabbed as the Eastern Conference Player of the Month for February, James was rewarded for his play in three Cavaliers home victories last week. On February 29, he scored 33 points in 37 minutes in the team’s 100-96 victory over the Indiana Pacers.

James is averaging 24.8 points, 7.3 rebounds and 6.6 assists in his 59 games this season, leading his team to a current record of 44-17, best in the Eastern Conference.