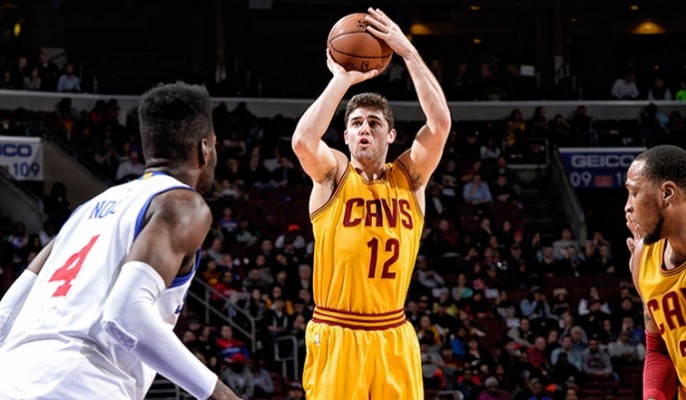 The Cleveland Cavaliers dealt reserve guard Joe Harris to the Orlando Magic on Tuesday in a deal that not only saves the Cavs money in luxury tax penalties, but also gives them flexibility during the current league trading period.

Harris, a 2014 second-round selection by the Cavaliers in 2014, was acquired by the Magic with the full knowledge that he had undergone surgery in Indianapolis earlier in the day for removal of a bone from his foot, according to Dave McMenamin of ESPN.com. That procedure will sideline him for the rest of the season, but Orlando is expected to waive him anyway.

Cleveland is also sending $1 million to the Magic, along with a 2017 second-round protected pick that belongs to the Sacramento Kings. The Cavaliers in return will receive the Portland Trail Blazers’ protected second-round selection in 2020.

Head coach David Blatt spoke about the deal prior to the team’s game against the Dallas Mavericks:

“Joe was a real good member of the team. He was a guy we all liked having on our team. A guy I really enjoyed coaching. A terrific teammate and a guy with a real future, I believe, in this league,” said Blatt. “It’s one of those things that you wish it didn’t have to happen, but it’s understandable under the circumstances why.”

Despite sending money to Orlando, the Cavs will still end up saving $2.9 million if they don’t make another roster move the rest of the season. That’s because Harris’ remaining salary and the hit the team would take in salary cap penalties are now eliminated.

In reality, though, the open spot on the roster allows the team’s general manager, David Griffin, some room to bring in a veteran before next month’s trade deadline. Cleveland still has two trade exceptions: one worth $10.5 million, the other, $2.8 million.

Blatt acknowledged that reality in discussing the trade:

Harris played in just five games this year, averaging 3.0 minutes and just 0.6 points. Last season as a rookie, he averaged 9.7 minutes and 2.7 points.