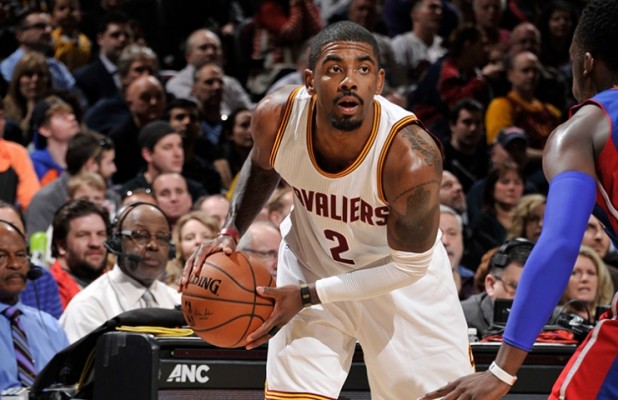 (Cleveland, OH) – Slow starts in both the third and fourth quarters doomed the Cleveland Cavaliers as they dropped a 96-88 decision to the Detroit Pistons at Quicken Loans Arena on Monday night.

Kyrie Irving led the Cavs with 30 points and five assists, while Kevin Love contributed 24 points and seven rebounds. LeBron James was the only other Cleveland player to score in double figures, scoring 12 points, while grabbing eight boards and dishing out five assists. New addition Channing Frye saw nine minutes of action, making one of his three shots, the two misses coming from beyond the three-point line. He also added four rebounds.

Speaking of his rough night, James pinpointed the issue:

“I felt fatigued last night and this morning, but I got a nap in this afternoon,” James said. “If I had to do it over again, I wouldn’t have come out for a pre-game workout, because I felt it during the game, but you live and learn.”

James’ struggles were discussed after the game by Cavs head coach Tyronn Lue, who contemplated sitting James out on the tail end of a back-to-back:

“It was just one of those odd games and it just happened to be tonight,” Lue said. “I should have gone with my gut, but I didn’t do it.”

The Cavaliers ran off 12 unanswered points over a four-minute span in the latter half of the fourth quarter in what turned out to be an ill-fated comeback effort. Missing their first six shot attempts in the third quarter and first 10 in the fourth proved to be costly. That’s because it allowed the Pistons to outscore them by a collective 19-0 margin during the first three minutes of those last two periods.

James didn’t deflect from taking blame while discussing the loss:

“We lacked energy tonight,” James said. “(We made) uncharacteristic turnovers, especially by me. I had six, but I should have had 12.”

Irving refused to use the fatigue factor as an excuse:

“You try and get as much rest as you can,” Irving said. “But we don’t want to make excuses, they came in and beat us on our home floor.”

The team’s sluggish play actually began during the second quarter. The Cavs had taken a brief lead at 44-42 with 5:32 left, but for the remainder of the half, sloppy play allowed the Pistons to close out the quarter on a 14-5 run. Cleveland committed seven turnovers during that stretch and headed to intermission trailing, 56-49.

Lue spoke of the basic reason for the loss:

“We weren’t ready to play tonight and we just have to go back to the drawing board.”

The Cavaliers will be back in action with a home contest against the Charlotte Hornets on Wednesday night, with tipoff set for just after 7 p.m. ET.