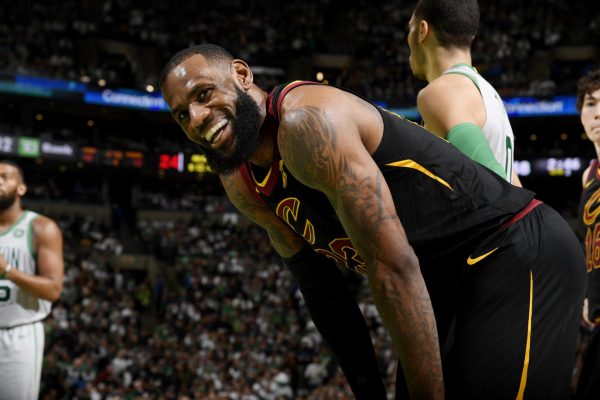 The Cleveland Cavaliers‘ resounding 121-99 victory on Sunday afternoon on the road against the Boston Celtics offered promise that the Cavaliers could be back on track to make another playoff run. Just after the contest ended, former Celtic and future Hall of Fame power forward Kevin Garnett briefly spoke with Cavs superstar LeBron James.

Kevin Garnett just hugged LeBron James after the Cavs’ blowout win of the Celtics and told him, “Ya’ll look so different.”

The reference to a different look was the complete contrast in both play and demeanor of the Cavaliers after having acquired four new players in a pair of trades on Thursday. That quartet combined for 49 points on the afternoon.

Garnett was at the game as part of the postgame festivities to honor his former Celtics teammate Paul Pierce, who had his jersey retired by the Celtics.