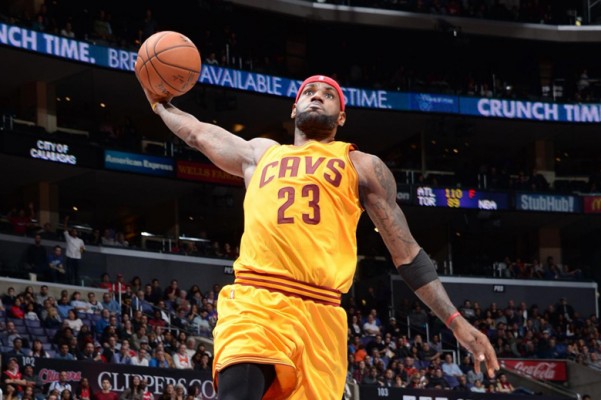 After missing the morning’s shootaround due to illness, the Cleveland Cavaliers’ LeBron James is questionable for Friday night’s home game against the Indiana Pacers, according to the Cleveland Plain Dealer.

James, who is averaging 25.8 points, 5.7 rebounds and 7.4 assists in 59 games this year, has missed 11 contests thus far this season. The bulk of those absences came in the first half of January due to back and knee trouble. Cleveland has won just two of those 11 games.

The last absence came for James against the Pacers on February 27 when Cavaliers head coach David Blatt held him out in order to give him some rest. Coupled with the absence of Kyrie Irving, who had injured his shoulder the night before, the Cavs dropped a 93-86 decision to Indiana.

Less than two weeks ago, the 30-year-old James, who’s currently in his 12th season, said he was looking to get more rest before the start of the playoffs.

“I would love to get some more rest, especially going into the playoffs and knowing how important those games are,” said James.

The Pacers hold a 2-1 edge in the season series, with both of their victories taking place on their home court. The lone Cleveland victory took place on November 29, when they won by a 109-97 score.

The Cavaliers currently hold the second seed in the Eastern Conference, and could conceivably face Indiana in the first round of the NBA playoffs. The Pacers are currently tied for the eighth and final berth, just one game behind the seventh-seeded Miami Heat.