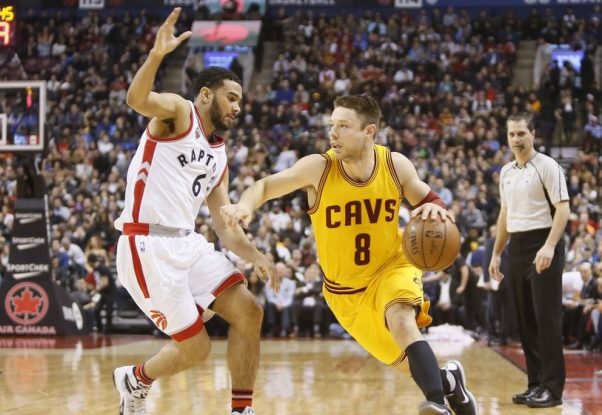 On the day before the start of the 2016 NBA free agency period, the Cleveland Cavaliers have officially announced that they have extended a qualifying offer to guard Matthew Dellavedova, which gives the team the right to match any free agent offer the fourth-year guard receives.

That right is because the third-year guard is a restricted free agent. The team was required by Thursday to issue the offer, which is for a minimum $1.4 million. The 25-year-old Dellavedova made $1.1 million during the 2015-16 campaign, but is expected to see his salary jump considerably due to the huge increase in each team’s salary cap.

Dellavedova served as a key backup guard during the regular season and much of the postseason. During the regular season, he played in 76 games, scored an average of 7.5 points per game and handed out 4.4 assists per contest. In addition, he connected on 41 percent of his three-point attempts. However, in the last few games of the NBA Finals, he saw no action.

One estimate for Dellavedova’s salary next year is at least $8 million, which is because of some teams’ need to reach the minimum for the salary cap. In addition, some teams may push it up as high as $10-$12 million in an attempt to put the Cavaliers in a financial bind.

The popularity of the hard-nosed Dellavedova among his teammates and fans would seemingly make his signing a relative formality. However, the Cavs did draft Kay Felder in last week’s NBA Draft as something of an insurance policy in the event they choose not to match an offer.