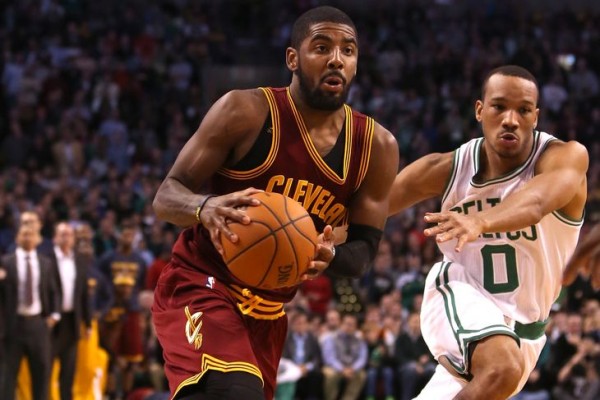 According to Jason Lloyd of the Akron Beach Journal, Cleveland Cavaliers point guard Kyrie Irving is being listed as questionable for Tuesday’s night’s matchup against the Boston Celtics.

#Cavs Kyrie Irving questionable for tonight. Participated in shootaround this morning, will be checked again at arena tonight.

Irving took part in the team’s morning shootaround, but his injured shoulder will be checked when he returns for the game later in the afternoon. If he’s forced to sit out the contest, it will mark the third consecutive clash he’s missed.

After injuring the shoulder in Thursday night’s win over the Golden State Warriors, Irving missed losses against the Indiana Pacers on Friday night and the Houston Rockets on Sunday afternoon. This season, the team has a 1-4 mark when he’s missed a game, the lone victory coming in a December 26 road game against the Orlando Magic.

Irving is currently averaging 21.7 points, 5.2 assists and 3.3 rebounds, and his absence was deeply felt in the loss at Houston. The team’s three guards struggled with their outside shooting, connecting on just four of 21 shots, including two of 14 from beyond the three-point line.

Tuesday night’s game is the first of four over the next five nights, and continues on Wednesday evening with a road matchup against the Toronto Raptors beginning at 7:30 p.m. ET.