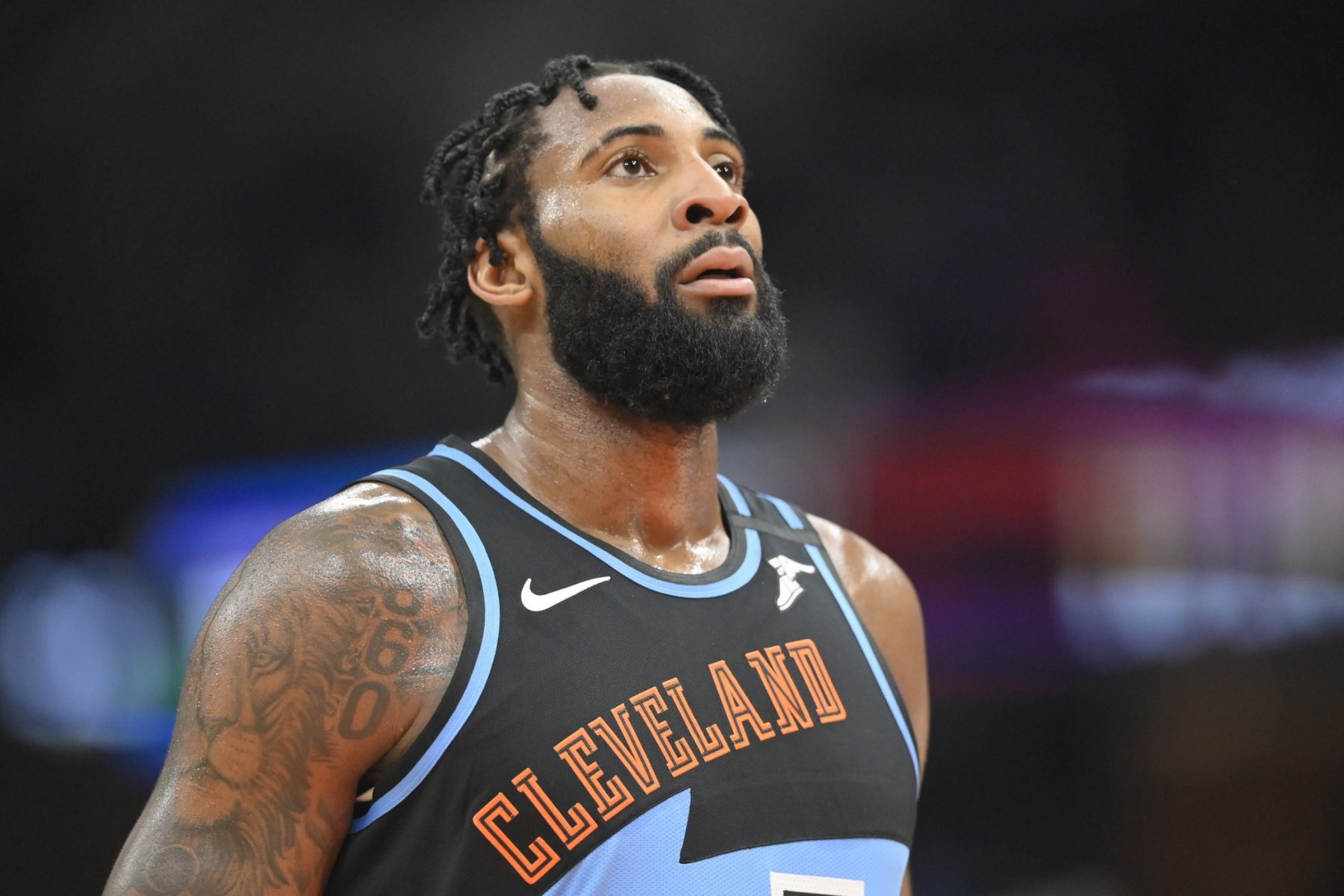 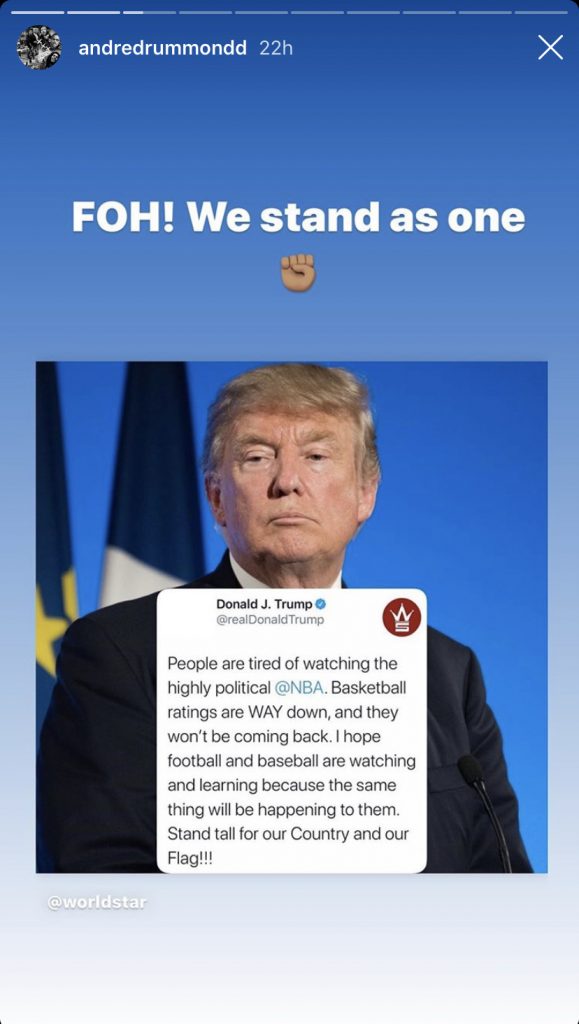 Trump had offered his social media comment in response to last week’s NBA boycott of playoff games to protest the shooting of Jacob Blake in Kenosha, Wis.

Other NBA players have previously dismissed the criticism by Trump on similar issues, such as the widespread protests earlier this summer.

Earlier this summer, Drummond waded into political waters by protesting the brief suspension of ESPN’s Adrian Wojnarowski over a profane message he sent to a politician.

Regarding Drummond’s status on the court, he indicated back in June that he’d be picking up the final year option of his contract that will pay him $28.7 million for next season.

It seems likely that Drummond and other NBA players will continue to offer remarks directed at Trump, who’s currently in the midst of a re-election campaign.