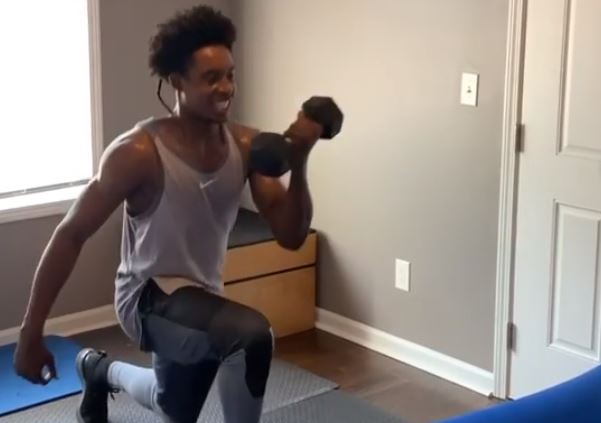 Since the NBA regular season was suspended on March 11, players have been staying in shape for a possible resumption of the 2019-20 season from the comfort of their homes.

On Tuesday, Cleveland Cavaliers point guard Collin Sexton posted a video of himself working out from home on Instagram.

Before the season was suspended, Sexton was playing well for the Cavaliers.

Even though the Cavaliers were sitting at the bottom of the Eastern Conference standings when the regular season was suspended, Sexton believes the future is bright in Cleveland and predicted that the Cavaliers will make the playoffs next season.