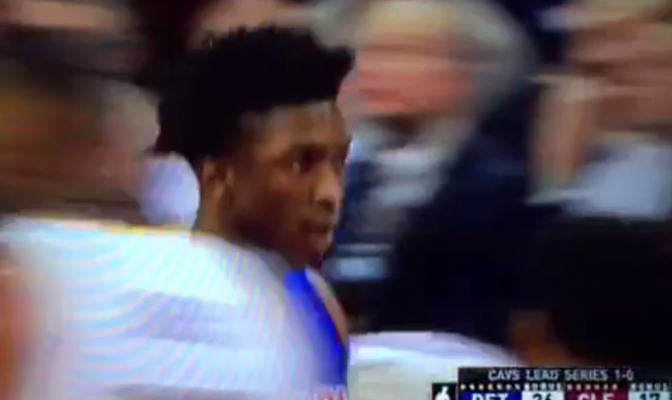 Things are getting a bit tight in Cleveland as the Detroit Pistons are proving to be a bigger problem than expected. One intriguing matchup to watch closely is the one between small forward LeBron James and Pistons small forward Stanley Johnson. On one play James works on Johnson in the post and after gives him a little stare down. Immediately after, the Pistons call a timeout and James gives the rookie a little shoulder bump.