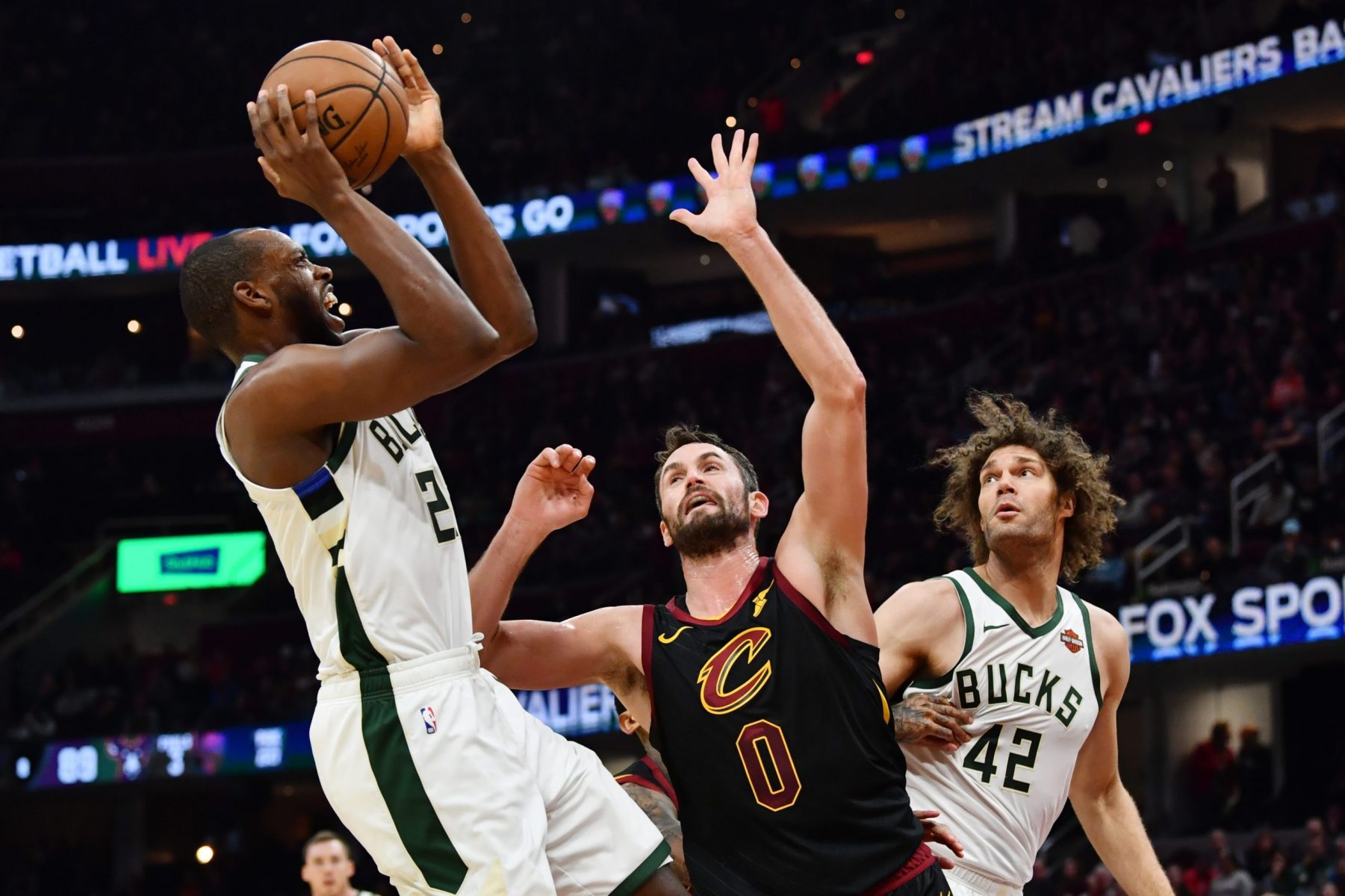 Should the Cleveland Cavaliers end up trading Kevin Love, one new report suggests that the market for his services won’t garner much more than a first-round pick.

Sean Deveney of Heavy.com spoke with some executives around the NBA about a possible trade of Love by the Cavaliers. The bottom line of those talks indicated that lowered expectations are probably the best way for the Cavs to approach any trade talks.

“When it comes to the haul that the Cavaliers might expect for big man Kevin Love, that’s probably about it, according to executives around the league. While we’ve seen teams like the Knicks, Thunder and Pelicans bring in multiple first-rounders and promising players when giving up well-paid star players in the past year, Love just doesn’t rate that high on the trade market.”

Love is still capable of producing a double-double on a nightly basis, but other teams likely see multiple issues with acquiring Love. These include the fact that he’s now 31 years old, has an extensive injury history and is in the first year of a four-year contract that will pay him a total of $120 million.

“He’s 31 and he is not a young 31 if you know what I mean,” one Eastern Conference general manager told Deveney. “He’s had injuries lately and he’s had injuries throughout his career. There isn’t a lot there to make you think he’ll play 70 or 75 games a year. And for what you’ve got to pay him, it’s going to be tough to justify that to your owner.”

The current attitude of the Cavaliers is uncertain. They’ve indicated that they have no plans to trade Love. However, a more recent report stated that they would indeed consider dealing the veteran who’s now in his sixth season with the Cavs.

Over the weekend, a report indicated that some in the Cavaliers’ organization believe that Love’s body language is setting a poor example for the rebuilding team. That perceived attitude appears to show that he’s given up on leading the Cavs, which could create added incentive to part ways with the star.

The Cavs have until early February to part ways with Love before the league’s trade deadline comes to pass.