Tyronn Lue Reveals When J.R. Smith Is Expected to Make His Return 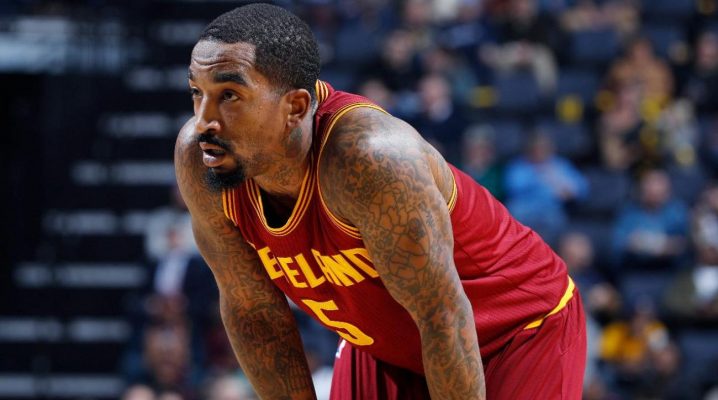 Since late December, the clock has been ticking on the return of Cleveland Cavaliers shooting guard J.R. Smith. And now, according to Cavs head coach Tyronn Lue, Smith’s return date will be anywhere from the “next 10 days to two weeks.”

After Smith had fractured his thumb on Dec. 20, he underwent surgery and was ruled out for 12-to-14 weeks. Presently, he’s been out of the lineup for 10 weeks, but is traveling on the road with the team for the first time since his injury. Returning within two weeks would put him on the more optimistic side of the target date.

“They’re saying he’s been looking better and better every day, he had a good workout yesterday, so hopefully we get him back soon,” Lue said.

Since Smith suffered his injury, the Cavaliers’ roster has undergone something of an overhaul, with the addition of four new players to the team. That’s been due in part to injury issues, though roster issues that were present at the start of the season also necessitated the additions.

“I don’t know how I’m going to use all of these people I got yet,” Lue said. “I got three new players coming back. Got J.R., who we haven’t seen in a long time, got Kevin (Love), and now we’ve got (Andrew) Bogut. And now we’re trying to implement D-Will (Deron Williams) right now, so. It’s going to be a process but it’s a great process to have when we’ve got great players that now we have a roster of 12 guys that should be playing. That’s always a good thing to happen.”

If Smith returns in 10 days, his first game will be at home on March 14 against the Detroit Pistons, while two weeks will have him making his return in the first game of a four-game road trip, facing the Los Angeles Clippers.