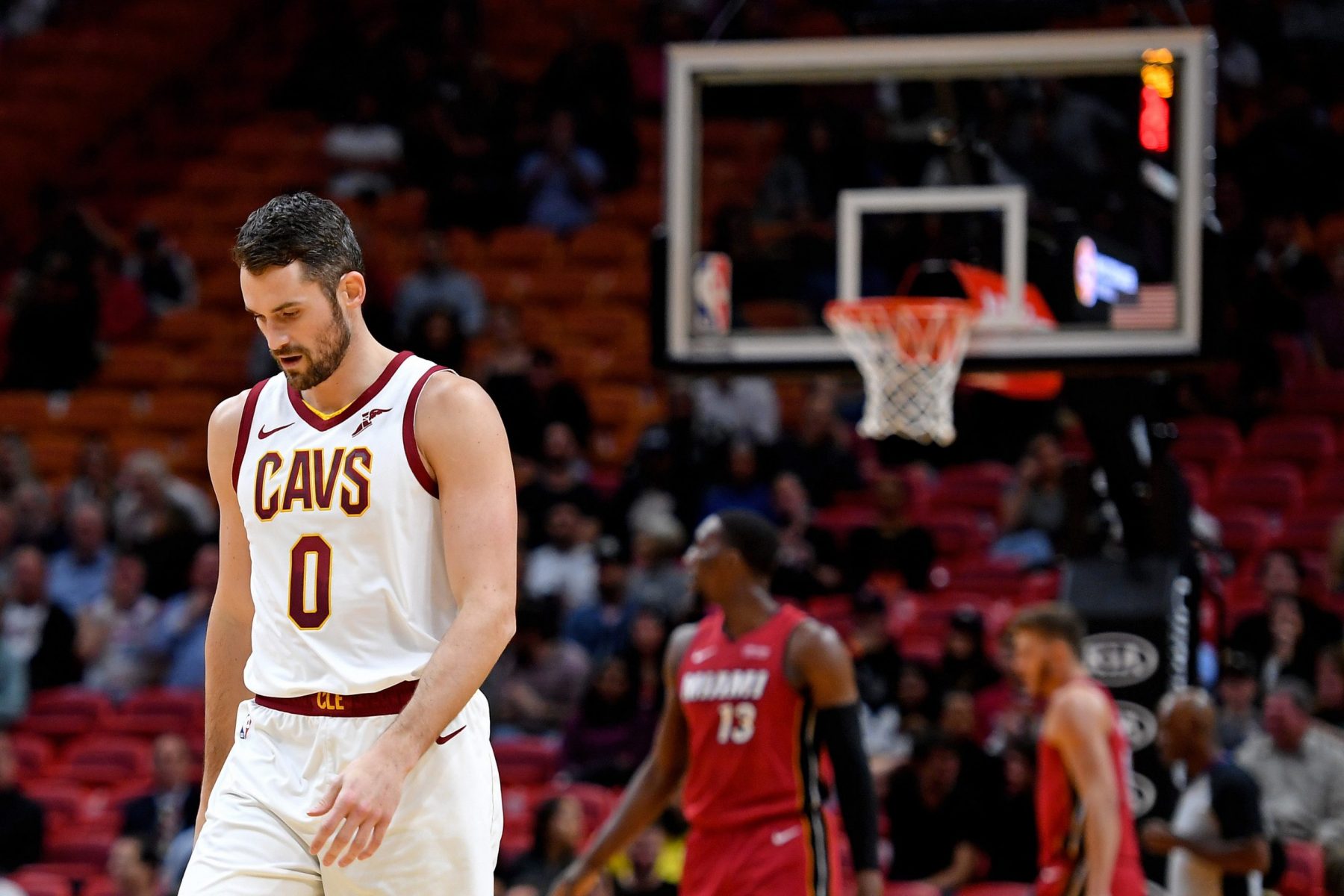 The frustration of the Cleveland Cavaliers’ 5-17 start has apparently caused some members of the organization to question the motivation of veteran Kevin Love after the team’s 12th loss in their last 13 games.

Chris Fedor of Cleveland.com offered a post-mortem of the Cavaliers 141-94 road loss to the Philadelphia 76ers on Saturday night. He pointed out that Love’s body language has given off hints that he’s become apathetic about playing for a rebuilding team.

“It was the second straight game a couple members of the organization pointed out Love’s lousy body language,” he wrote. “When told that he looked disengaged at different points of the second half, asked if that was a fair characterization and invited to reveal what needs to happen for that to change, Love struggled to come up with an answer.”

Love himself admitted that he has been struggling to find ways to stay positive.

Love’s name has been consistently mentioned in trade rumors, even though he’s indicated that he wants to be a part of the Cavaliers’ rebuilding process. The current situation will inevitably cause such rumors to once again surge.

The 2019-20 season is the first year of the four-year contract extension that Love signed last year. Over the course of that deal, Love is set to earn $120 million, a steep price that the Cavaliers would likely rather not pay for a disinterested player.

Love finished the game against the 76ers with just six points and seven rebounds in the 20 minutes that he was on the court. The game was a blowout from the onset, with the Sixers taking a 77-36 lead into halftime.

In Love’s 18 games this season, his statistical numbers are close to what he’s averaged over his previous five seasons with the Cavs. This year, he’s averaging 16.1 points, 10.5 rebounds and 2.7 assists per game.

With the Cavaliers’ season quickly spiraling out of control, the team will undoubtedly have teams inquiring about Love’s availability.

Any potential deal for this year will have to be completed before the February trade deadline. While the Cavs may not be desperate to trade the veteran at the present time, Love’s perceived unhappiness could push them send him elsewhere.