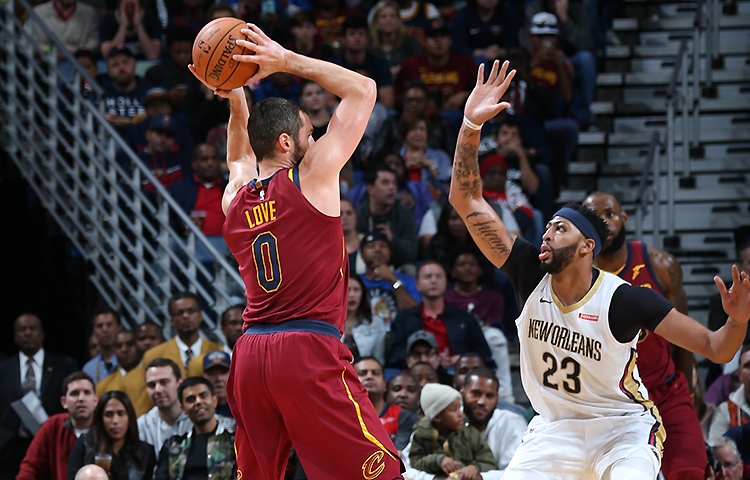 One of the most watched transactions during the upcoming NBA offseason will be the one involving New Orleans Pelicans big man Anthony Davis, who has indicated that he won’t sign an extension with the team.

Zach Buckley of Bleacher Report looked at what each team would likely have to offer to land Davis, though in truth, there are likely only a few teams in the running. When it comes to the Cavaliers, he offered this package: power forward Kevin Love, point guard Collin Sexton, forward Cedi Osman and a future first-round pick.

However, Buckley separates teams into categories ranging from “Best Offers” to “Not Even Close,” with the Cavs unfortunately in the latter group. One microscopic bit of positive news is that they don’t rank at the absolute bottom. That dubious ranking belongs to the Oklahoma City Thunder, though the Cavaliers aren’t far behind in 27th place.

Love’s huge new contract, the fact that he’ll be 31 at the start of next season and his continuing problem with injuries serve as reasons why the Pelicans wouldn’t be inclined to deal. In the case of Sexton and Osman, they’re talented young players, but their contributions haven’t yet measured up to what Davis has accomplished.

Finally, the first-round pick the Cavaliers would send has a top-10 protection in each of the next two years. Trying to acquire someone with the abilities of Davis with a lower pick is another aspect that would chill such a deal.

For now, the Cavaliers are focused on closing out the 2018-19 season strong. They’ll be hosting the Los Angeles Clippers on Friday night, then face the Milwaukee Bucks for the second time in five days on Sunday.