Don't Miss
Home / Rumors / Report: 76ers Could Be Without Multiple All-Stars for Tuesday’s Game vs. Cavs

Report: 76ers Could Be Without Multiple All-Stars for Tuesday’s Game vs. Cavs 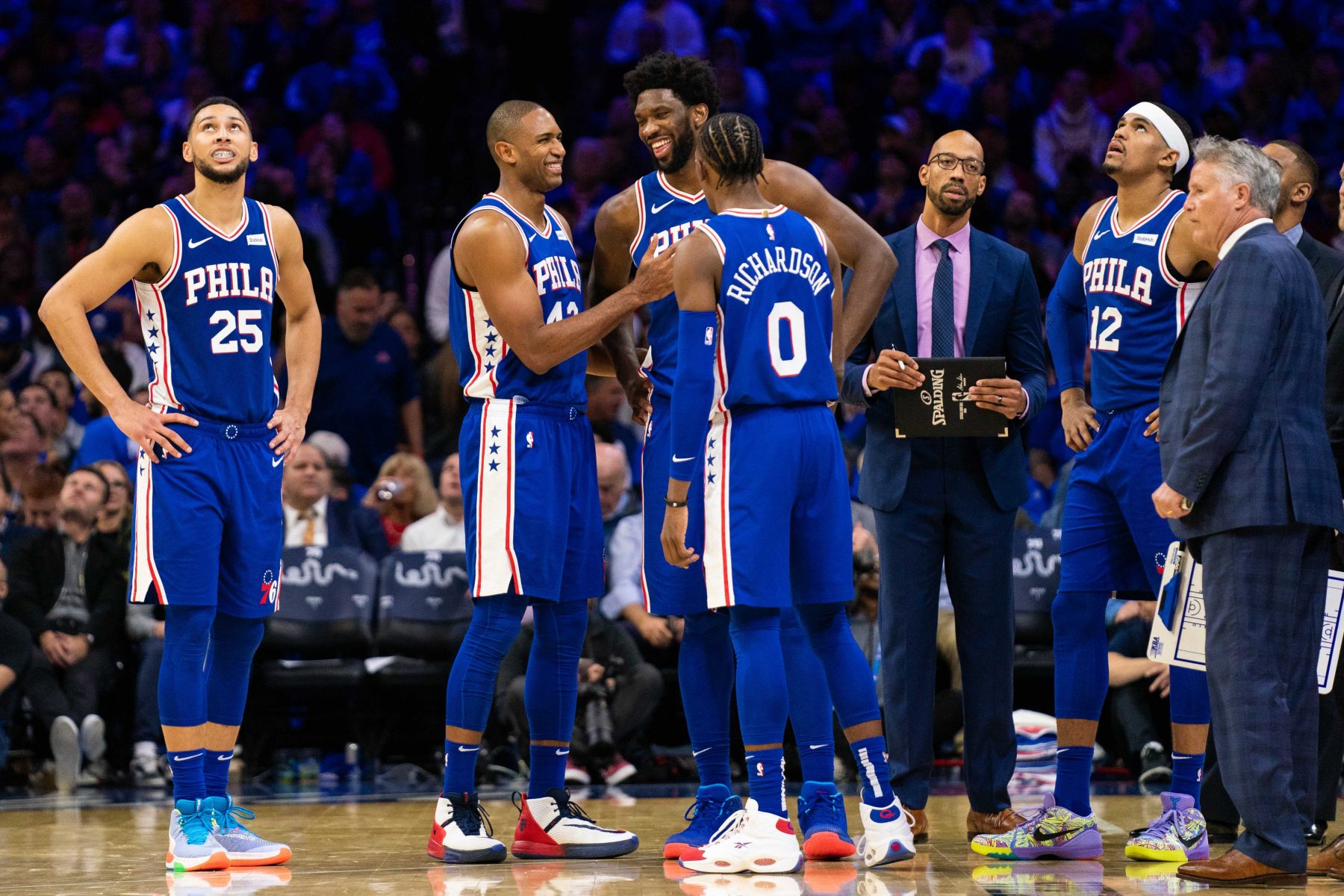 The Cleveland Cavaliers will be looking to add another win to their current two-game winning streak when they face off against the Philadelphia 76ers Tuesday night.

While the possibility of the 4-5 Cavs defeating the 6-3 76ers seems unlikely, an injury report leading up to the game could certainly improve the Cavs’ chances.

Per a recent report, All-Star big man Al Horford is listed as out for the game and All-Star guard Ben Simmons is listed as questionable.

If both players were to miss the contest, it would certainly offer the Cavs a greater chance at victory.

Horford’s absence will allow Cavs big men Tristan Thompson and Kevin Love to focus primarily on star Joel Embiid. While they likely won’t be able to fully shut down the dominant big, they will certainly have a better chance of containing him.

As for Simmons, even if does ultimately suit up for the game, Cavs guards Collin Sexton and Darius Garland will likely look to use their smaller frames and superior quickness to get around the lengthy guard. That will likely be an even more effective strategy if Simmons’ shoulder is causing him any discomfort on the court.

There’s no doubt that the Sixers will be the Cavs’ toughest contest of their current winning steak. A victory in Philadelphia would be seen as a massive statement for the rebuilding Cavs.

Win or lose, what matters most is that the Cavs continue to foster and grow their young talent as they look to continue building towards a bright future.