100-Plus College Coaches Choose Between LeBron James and Michael Jordan as G.O.A.T. 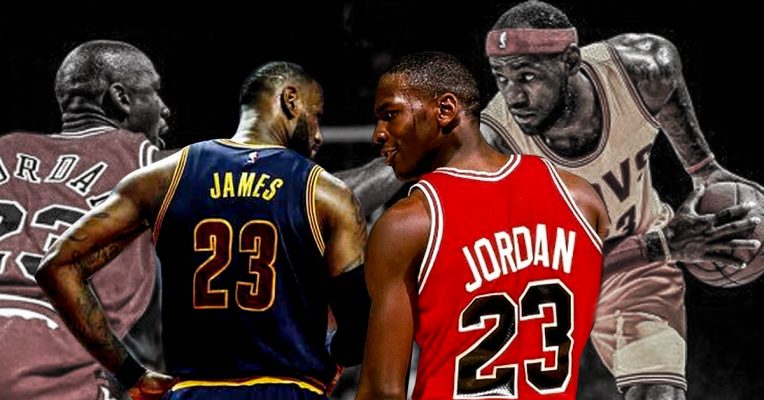 What’s seemingly become an endless debate in basketball circles is the discussion regarding the greatest player of all time or simply G.O.A.T. In recent decades, the names of former Cleveland Cavaliers forward LeBron James and Chicago Bulls legend Michael Jordan are usually the two players that spark the most animated discussions.

Two college basketball writers at CBS Sports, Gary Parrish and Matt Norlander, offered that question (among 10) to over 100 current head coaches and assistants at the Division I level. By receiving anonymity for their responses, the coaches were able to offer blunt opinions that ended up giving a decided edge to Jordan, who finished with an 82 to 18 percent advantage when determining the G.O.A.T.

The reasons offered on behalf of Jordan included the rule changes that have taken place since James has entered the NBA:

“Not to take anything away from LeBron, but the game is so different now from when Jordan played. If Mike played in in this day and age, with freedom of movement, he’d average 40 points a game.”

One coach pointed to the lack of talent that surrounded Jordan and criticized James’ lack of competition in the Eastern Conference:

“Jordan won scoring titles and Defensive Player of the Year. He had [Scottie] Pippen but never had an amazing supporting cast. LeBron has taken advantage of a weak East.”

Another coach used the oft-used litmus test about each player’s record in the NBA Finals, with Jordan holding a 6-0 record, while James has a 3-6 mark:

“I’d rather go to a surgeon whose operated six successful heart surgeries and no one dies as opposed to a guy that’s failed six times.”

Despite such commentary, those supporting James offered their own support, with one pointing to his versatility:

“LeBron is bigger, stronger, faster and very skilled. He’d be the best player in the world if he were a center, point guard or anywhere in between. Nobody has ever been that versatile.”

One coach stated that Magic Johnson might be a more apt comparison when discussing James:

“I can truly say that both those players are game-changing and iconic-type players. I think LeBron is more like Magic Johnson than he has ever been like Jordan. Both have dominated the game in their own ways. But if I had to choose to start a team around one individual, I would choose LeBron.”

Another focused on the incredible consistency over the course of James’ 15 NBA seasons:

“I’ll say LeBron. Just the sustained level of consistency puts him at the top — not to mention the fact that he really isn’t showing any signs right now of slowing down.”

A key fact that Parrish and Norlander pointed out which might serve as the reason for the dominant support for Jordan is generation-related. Many of those surveyed either watched Jordan in their formative years or played against him in either college, the NBA or both. That subtle bias may end up resulting in much different results being delivered a few decades from now, when those watching or playing against James get to offer their opinions.