Video: LeBron James Scoffs at Klay Thompson’s Comments Made About Him 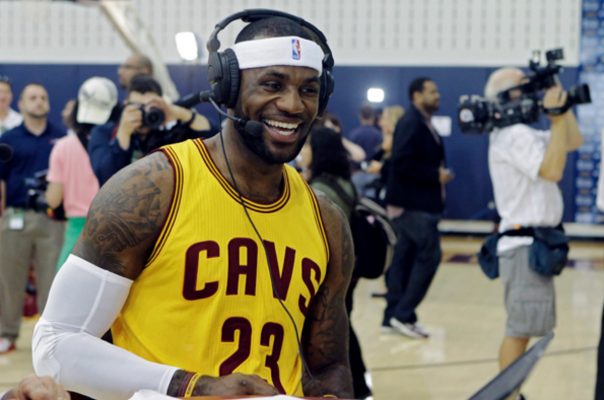 Cleveland Cavaliers forward LeBron James could do little but laugh on Sunday afternoon when asked to respond to Golden State Warriors guard Klay Thompson’s contention that he was over-sensitive about his Game 4 confrontation with Draymond Green. That scuffle led to Green’s suspension for Game 5 on Monday night.

James had indicated after Game 4 that Green’s comments were personal in nature. However, he held out no hope that the league would suspend the forward who has been involved in numerous controversial incidents during this postseason.

Game 5 will tip off at Oracle Arena in Oakland just after 9 p.m. ET on Monday night.