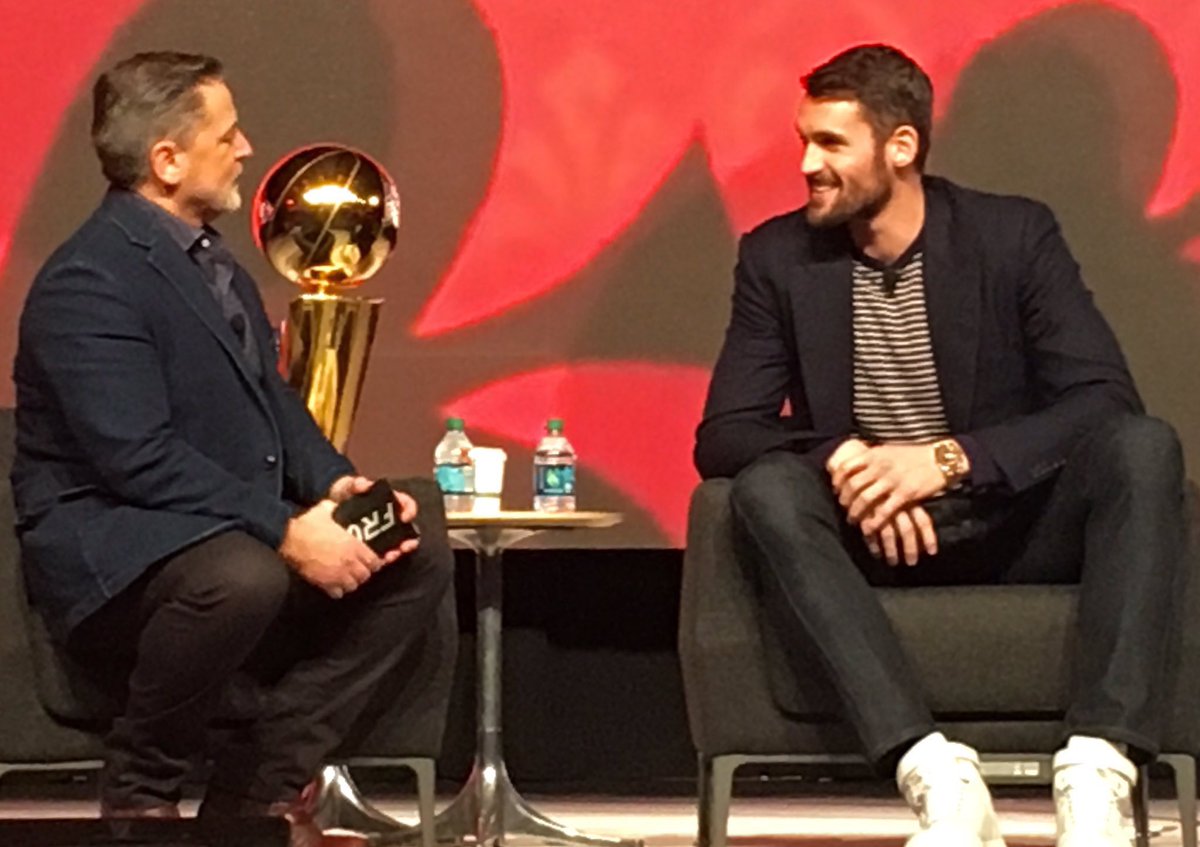 On Saturday, the Cleveland Cavaliers took some time to visit with the team’s majority owner Dan Gilbert, who’s continuing to recover from a stroke.

Following the visit, veteran big man Kevin Love spoke about the visit to Gilbert’s home in Franklin, Mich. and offered a positive take on the owner’s prognosis.

The Cavaliers had played Friday night in Detroit and diverted from their usual practice of immediately departing for their next game. Instead, Love and his teammates got their first chance to interact with Gilbert as he continues to recover from the stroke he suffered on May 26.

“Thought it was great,” Kevin Love told Chris Fedor of Cleveland.com. “He seems to be in a lot better shape and his mind is really sharp.

“I hope it meant a lot to him and his family that we went over there and guys will continue to keep in contact with him.”

Love has dealt with his own physical and mental health issues over the past few years. He’s hoping that the improved state of Gilbert’s health will be boosted even more after the visit

“They say, ‘Kill the body and the mind will die,’ so picking him back up and lifting his spirits was big,” Love said.

Larry Nance Jr. concurred with Love about the emotional boost it offered to everyone. Nance also spoke about how Gilbert has played a key role in helping both the Cavs and the city of Cleveland since he bought the team in 2005.

“I think it was super important,” Nance said. “For years, he’s been lifting this team up and doing so much for the entire city of Cleveland. We got to go see him and hopefully put a smile on his face with everything he has been dealing with and just go give him some words of inspiration.

“Let him know that we need him back.”

“We wanted to spend time with him,” Beilein said. “It was to show great appreciation to Dan. He seemed great. His approach and his satisfaction for the direction we’re going right now really stood out. He’s very much behind us as he goes through this adversity he’s facing.”

Gilbert returned to his home in August after spending time in both a hospital and rehabilitation center following his stroke. Exactly when he’ll be able to return to Rocket Mortgage FieldHouse is uncertain at the present time.