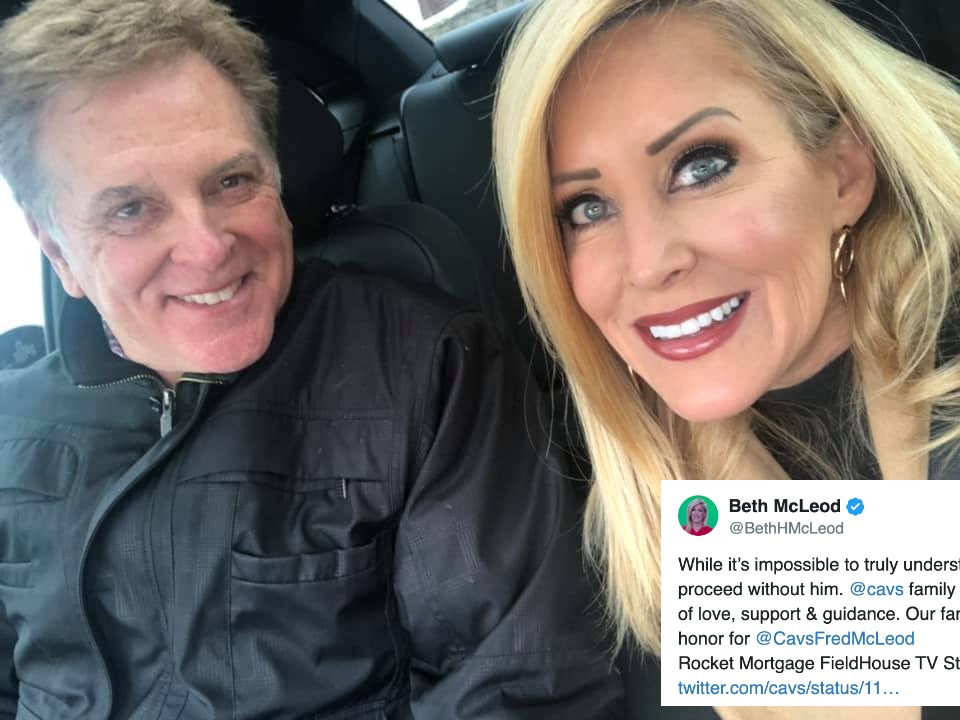 On Wednesday, the team announced that the television studio and media workroom at the renovated Rocket Mortgage FieldHouse will be named after the late announcer.

“Given the indelible impact and legacy of Fred McLeod, and how he touched so many across the media and fan community, as well as the team he loved, the Cavaliers organization is naming the combined television studio and media workroom space at Rocket Mortgage FieldHouse after him,” the announcement read. “THE FRED MCLEOD TV STUDIO & MEDIA WORKROOM will be a lasting tribute to someone that was universally admired, respected and appreciated as a fellow media member and willing mentor to a countless number across the industry.”

Shortly after the announcement, McLeod’s wife Beth McLeod responded with an emotional message on social media.

While it’s impossible to truly understand how we’re going to proceed without him. @cavs family has been a tremendous source of love, support & guidance. Our family can’t think of a more fitting honor for @CavsFredMcLeod
Rocket Mortgage FieldHouse TV Studio & Media https://t.co/Xvzh9RpyaY

It’s a fitting tribute to a man that became synonymous with the Cavs over the last decade. As an Ohio native, McLeod not only worked with the team, but he was also a lifelong fan as well.

That was fully evident in what will certainly be considered his most iconic career moment, when he announced the Cavs as NBA champions in the final moments of the 2016 NBA Finals.

Thanks to this new development, McLeod’s family and memory will forever be linked to the Cavs organization.