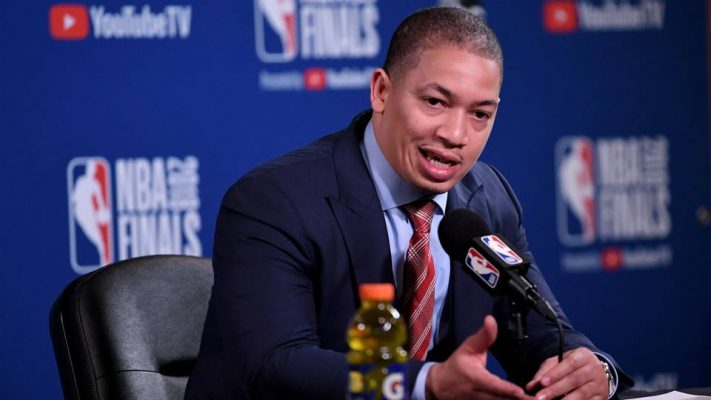 Former Cleveland Cavaliers head coach Tyronn Lue turned 42 last week, and according to pictures from the event, the party was Los Angeles Lakers-themed.

A video posted to Twitter showed Lue celebrating his special day with a Lakers-themed cake amidst numerous rumors and reports that he will soon become the Lakers new head coach.

Lue heading to Los Angeles would of course pair him with his former player and former Cavs star LeBron James. In Cleveland, the two enjoyed great success, including winning the 2016 NBA championship.

Lue was fired by the Cavs shortly after the beginning of the 2018-19 season. The team was 0-6 at the time of his firing.

While Lue has not put pen to paper yet in L.A., this type of celebration seems to indicate that the deal is all but done.

Hopefully, Lue enjoys great success in the next chapter of his storied coaching career.