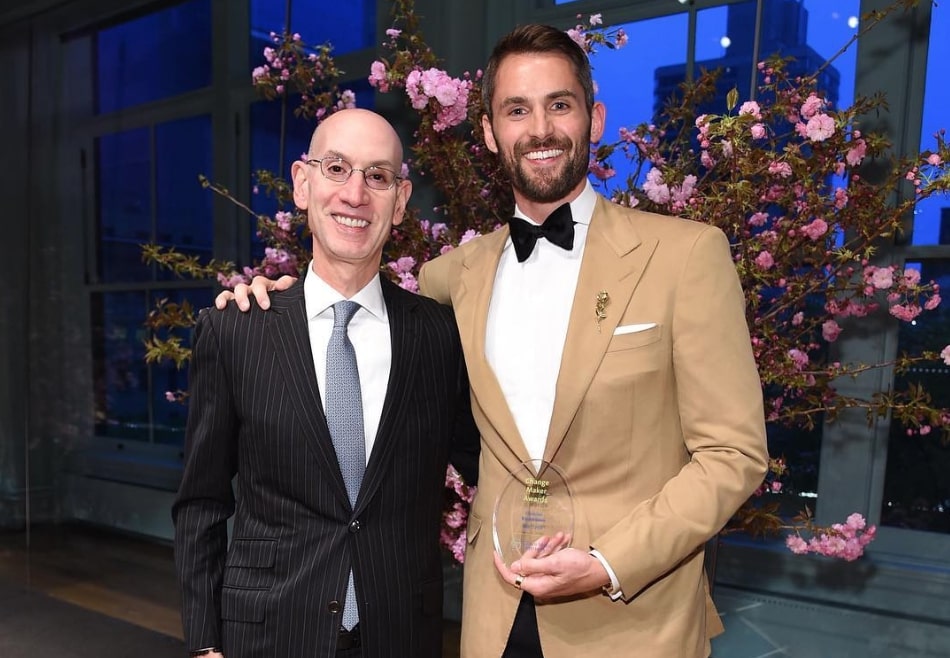 Cleveland Cavaliers star Kevin Love has become a brave voice of mental health awareness in the NBA and the world of sports as a whole.

On Wednesday night, Love was honored for his contributions when NBA commissioner Adam Silver awarded the star big man with the Child Mind Institute Champion Award.

Carnegie Hall—I MADE IT ??????Honored to have @adamsilvernba present me with the @childmindinstitute Champion Award last night. “Success is not immune to Depression” and there's a vast community of people struggling.  I hope that by continuing this conversation, we can help the many children who suffer daily with mental health related issues and make a positive impact.

The award marks just another example of how the NBA has come out in force to support Love.

Prior to receiving the award, Love spoke with People.com to discuss his choice to speak out.

“What I have found about mental health or mental illness is that it takes many shapes and forms,” he said. “It goes with every demographic, but I think for myself in creating my fund, the big demographic I really want to point out and look to is children. I think it is very important for kids and their parents to understand what is going on, and that’s why being here is so important.”

It’s just another example of Love being a role model for players and fans alike. Hopefully this award encourages more athletes to use their status as role models for some many for a good cause.