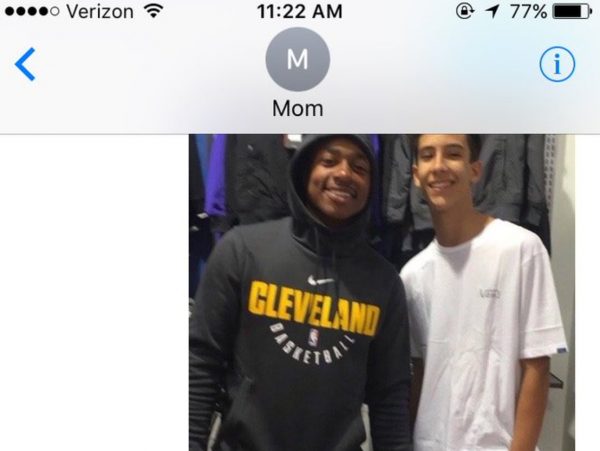 The Cleveland Cavaliers‘ newest All-Star addition Isaiah Thomas is known for overcoming his 5-foot-9 frame to become one of the most prolific scorers in the NBA. Still, it’s understandable to see how the fresh-faced point guard could easily be mistaken for a much younger person if seen by a casual fan.

When Twitter user and Cavs fan Max Herron sent a picture of Thomas in some new Cavs gear to his mother, she hilariously asked him how a random kid got his hands on unreleased Cavs merchandise. Herron posted the interaction on Sunday morning and the tweet already has over 28,000 retweets and 80,000 likes.

Hopefully once Thomas takes the court for the Cavs, Herron’s mother will learn to recognize him as the All-NBA Second Team player he is.