Don't Miss
Home / Team News / Report: Derrick Rose to Be Away From Team as He Evaluates ‘Future in Basketball’

Report: Derrick Rose to Be Away From Team as He Evaluates ‘Future in Basketball’ 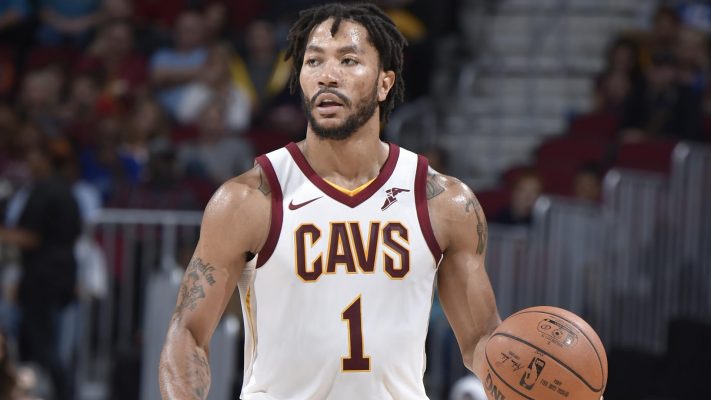 Derrick Rose’s future with the Cleveland Cavaliers may be in jeopardy as ESPN’s Adrian Wojnarowski dropped a bomb on Friday afternoon.

According to the NBA insider, Rose is currently away from the team and evaluating his future in basketball as he is “tired of being hurt.”

Story with @mcten filed to ESPN: Cavaliers guard Derrick Rose is away from team and evaluating his future in basketball, league sources tell ESPN. Story soon on site.

As one Cavaliers source tells ESPN about Rose: "He's tired of being hurt and it's taking a toll on him mentally."

Rose has already missed 11 of the Cavs’ 18 games this season due to a lingering ankle injury and hasn’t played more than 66 games since the 2010-11 campaign.

The point guard’s loss would be a big hit to a Cavs team that currently has just one point guard available, third stringer Jose Calderon.

We’ll keep you posted on CavaliersNation.com with further updates regarding Rose’s status with the team.