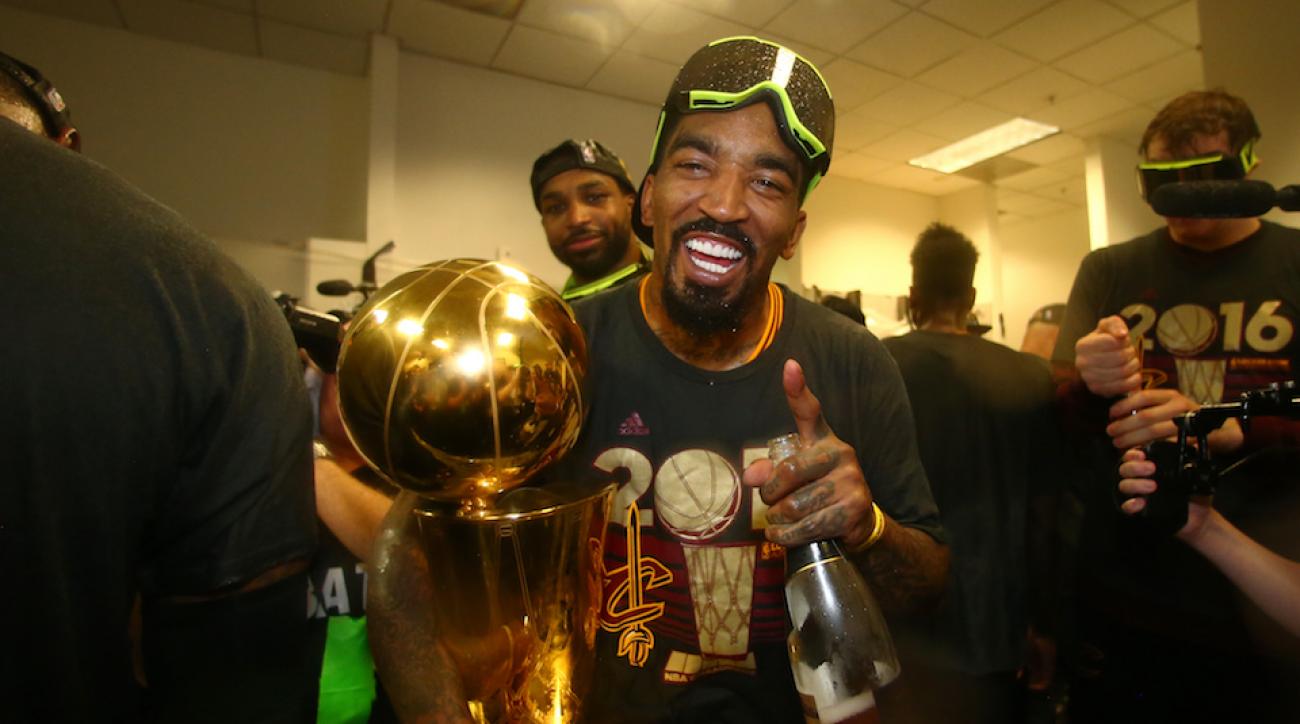 J.R. Smith appears to be giving up alcoholic beverages. The Cleveland Cavaliers shooting guard took to Instagram on Wednesday to say that he will no longer have alcohol in his house.

Furthermore, Smith stated that guests will not be allowed to bring alcohol over.

To all who decides to step foot in my house from here on out!!!! IT WILL BE 0 ALCOHOL AT MY HOUSE! You want to drink take that shit back where you came! But in MY HOUSE! NO MORE ALCOHOL! #Thanks! ?? Don’t speak about it BE ABOUT IT!

It’s not entirely clear what prompted Smith to give up booze. However, his caption states, “Don’t speak about it BE ABOUT IT!” which suggests that it’s an important decision in his life.

Smith is coming off a tough season. He appeared in just 11 games before the Cavs announced that the 15-year veteran would not be around the team going forward.

Cleveland was unable to find a trade partner for Smith, so he sat on the sidelines for virtually the entire season. That was quite the role change for someone who had been a key contributor for Cleveland’s four runs to the NBA Finals from 2015 to 2018.

Since Smith is clearly not a part of the Cavs’ plans, the team will try to trade him again this offseason. He has one year and $15.7 million remaining on his contract.