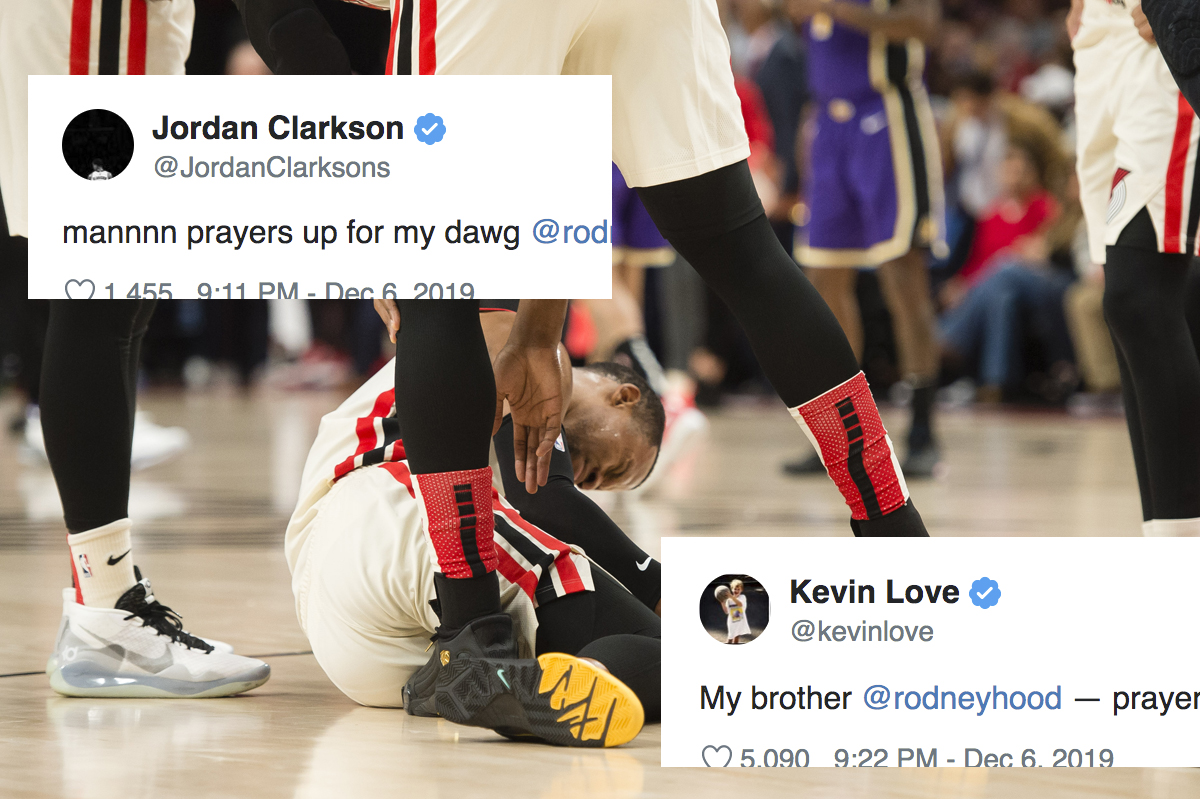 The NBA is a big family.

mannnn prayers up for my dawg @rodneyhood !!!

Hood, 27, suffered a torn Achilles tendon in the first quarter of the Blazers’ game against the Los Angeles Lakers on Friday. The unfortunate injury will likely sideline the Duke University product for the rest of the season.

The 6-foot-8 pro last played for the Cavs during the 2018-19 season. While that season was marred by constant losing, the memorable part of Hood’s time in Cleveland was the 2018 postseason.

Although Hood wasn’t much of a key contributor during the Cavs’ deep 2018 playoff run, the veteran put up a decent 9.0 points and 5.0 rebounds per game against the Golden State Warriors in the 2018 NBA Finals.

In addition to witnessing four-time MVP LeBron James play out of his mind during that run, Hood played alongside Love and Clarkson during that emotional postseason stint.

The journeyman is averaging 11.0 points and 3.4 rebounds per game this season.