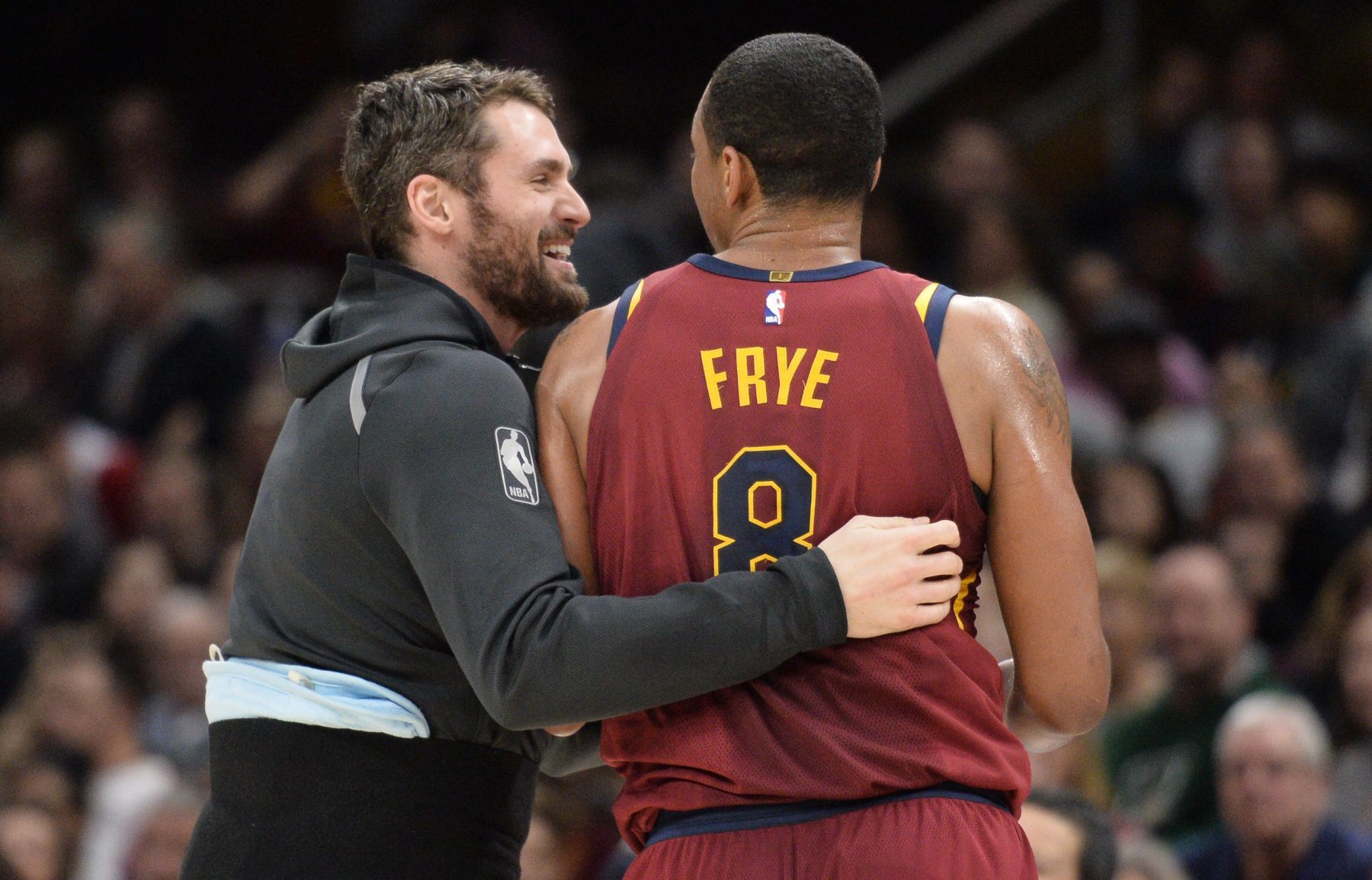 Cleveland Cavaliers big man Channing Frye is retiring at the end of the year. With the Cavs already eliminated from the playoffs, Frye only has eight games remaining before he hangs up his sneakers for good.

On Monday, Cavs power forward Kevin Love took to Instagram to pay tribute to his friend and teammate. Love’s message was both heartfelt and funny.

Veer right and you’ll be looking at Retirement in its ugly 7foot face. As much as I hate to say anything remotely close to a compliment about @channingfrye – he is easily one of the best teammates I’ve had in my career (and I’ve had a lot)…but more importantly an even better person+friend. He will be missed by everyone in the extended @cavs family. I had the opportunity to interview this 35 year old child today and talk about everything leading up to his last NBA game April 9 & beyond. More to come. #imnotcryingyourecrying

Love and Frye have spent parts of four seasons as teammates and developed a close friendship during that time.

Frye was acquired by the Cavs in the 2015-16 season and won a title that year alongside Love, LeBron James and Kyrie Irving.

Cleveland then sent Frye to the Los Angeles Lakers last season as part of the Isaiah Thomas trade. Frye entered free agency following the 2017-18 season and elected to return to the Cavs this summer.

At the start of March, the 13-year veteran announced that this would be his final NBA season.

Frye has appeared in just 33 games this season. He is averaging 3.4 points and 1.5 rebounds per game on the year, and shooting 39.4 percent from beyond the arc.

With only a few weeks remaining in his NBA career, it’s likely that Frye will get a bit of playing time in Cleveland’s final games.