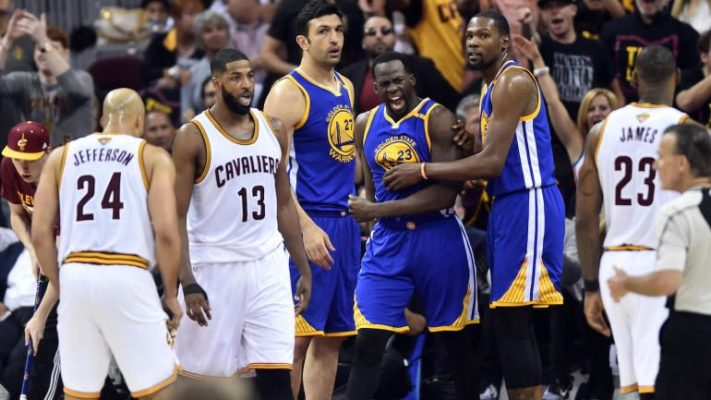 Golden State Warriors small forward Draymond Green was on the verge of getting kicked out of Game 4 of the 2017 NBA Finals on Friday night after picking up his second technical foul.

Instead, Green’s first technical foul was retracted, and was instead given to Warriors head coach Steve Kerr in a bizarre moment in the third quarter.

Nonetheless, Cleveland Cavaliers fans let the boisterous forward have it in the second half, as they taunted Green by repeatedly chanting, “Draymond sucks.”

The crowd erupts with a chant taunting Draymond Green. pic.twitter.com/xhu9yU1DVV

After the game, Green was asked what he thought about the people of Cleveland and according to Bay Area News Group’s Anthony Slater, he dropped this bomb:

Draymond Green: "I don't pay attention to people in Cleveland honestly. Don't seem to be the sharpest people."

Coming from a player who was suspended in Game 5 of last year’s NBA Finals because he couldn’t keep his limbs from making contact with another player’s groin, this wild stereotype is pretty ironic, but expected from a player who’s never afraid to mince his words.

Green will be in more familiar territory on Monday night as the Cavs head to Oracle Arena in Oakland in a do-or-die Game 5.