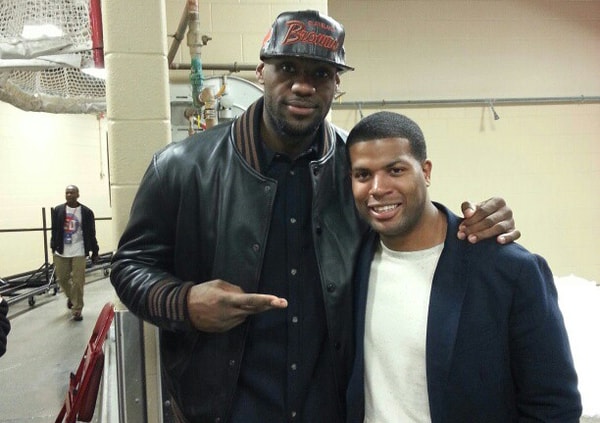 The Cleveland Cavaliers announced on Wednesday that current college scout Brandon Weems is being promoted to be the Cavaliers’ new director of scouting. The move is likely to be seen as an early attempt to make sure that LeBron James finishes his playing career as a member of the Cavs, given the lifelong friendship between the two.

Cavs owner Dan Gilbert made the announcement on Wednesday in conjunction with a press conference that introduced the team’s new general manager Koby Altman and members of his staff. Among that group is Weems, who was one of James’ teammates when the two played basketball at St. Mary-St. Vincent High School in Akron, Ohio.

Weems then performed collegiately at Walsh University in nearby Canton, where he won All-American honors during his time at the school. From there, he accepted a graduate assistant job in 2009 under John Calipari at the University of Kentucky and spent three years with the Wildcats before then taking an assistant coaching job with Drexel University in Philadelphia in 2012.

One year later, Weems moved on to serve as an assistant coach at Oakland University in Michigan, where he helped in the development of current Cavaliers point guard Kay Felder. In September 2015, prior to the start of Felder’s final season with Oakland, Weems accepted a college scouting job with the Cavaliers.

While there’s no guarantee that this will solidify James’ presence beyond the upcoming season, it serves as an indication that they’re making the effort to keep him happy, hoping to avoid the specter of losing him to free agency next July.