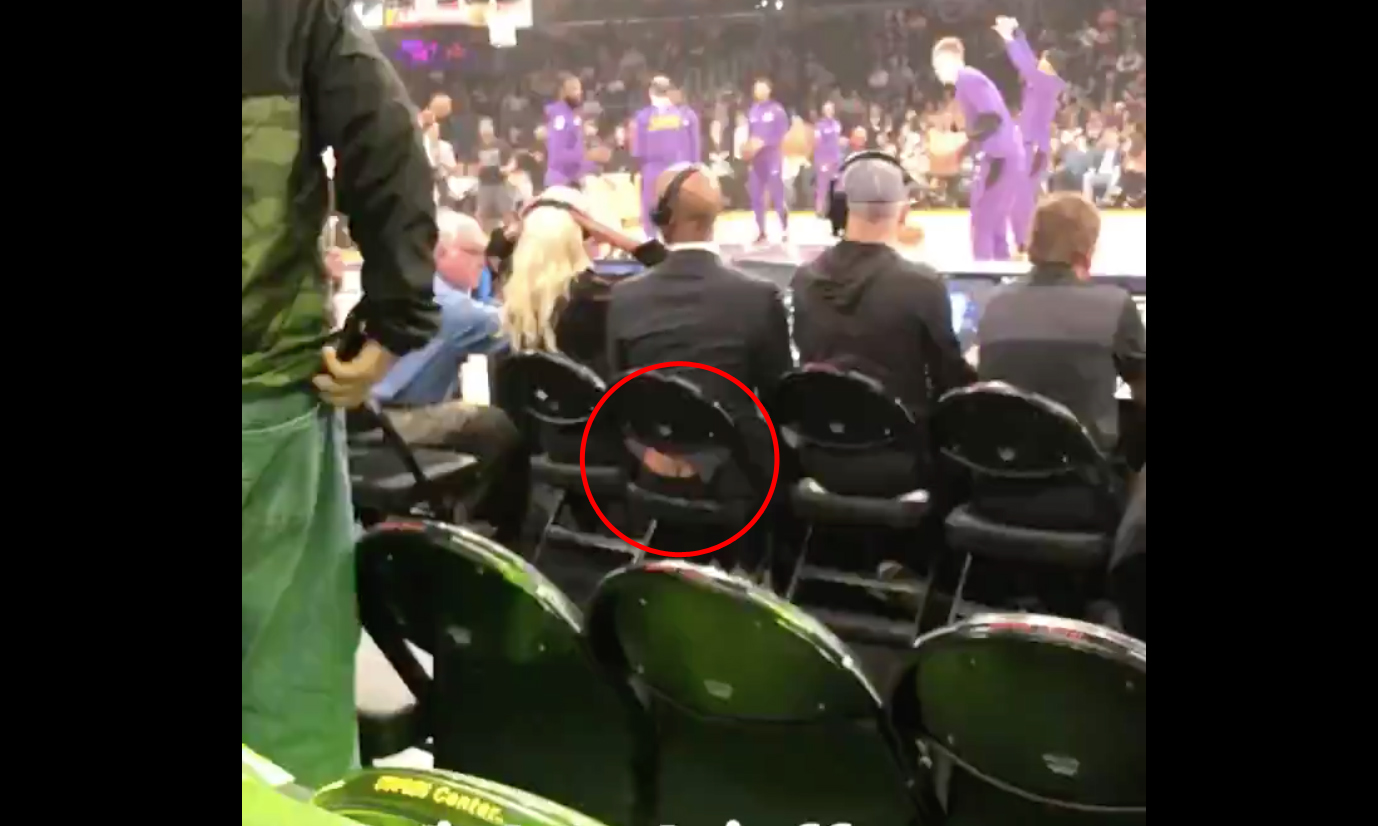 Former Cleveland Cavaliers star Richard Jefferson made a seamless leap from playing in the NBA to being a play-by-play announcer for the YES Network, covering the Brooklyn Nets.

While he’s done a great job all season long, Kevin Love took to Twitter to share a hilarious mistake in which Jefferson’s butt crack was clearly showing while on the job.

Of course, Love had to let one of Jefferson’s close friends and former teammates Channing Frye in on the fun.

Don’t know how this got to me but here it is…@Channing_Frye look at our boy. https://t.co/T62wHnFb4l

It wasn’t long before Jefferson himself took to Twitter to offer an explanation for the wardrobe malfunction.

There’s no doubt that this video is hilarious and it is heartwarming to see that even though Jefferson is no longer with Love and Frye day in and day out, he is still very much a part of their lives.

With Frye’s NBA career coming to an end at the end of this season, there’s a good chance that he’ll soon be courtside, calling plays for an NBA team as well.

Thanks to this video, Frye knows one thing to definitely avoid while on the job.

channing fryecleveland cavaliersfeaturedkevin lovenews tickerrichard jefferson
← Previous Story Jordan Clarkson Expresses Interest in Staying With Cavs Long Term
Next Story → Larry Nance Jr. Says He Has More of a Voice in Cavs’ Locker Room Than He Did on Lakers