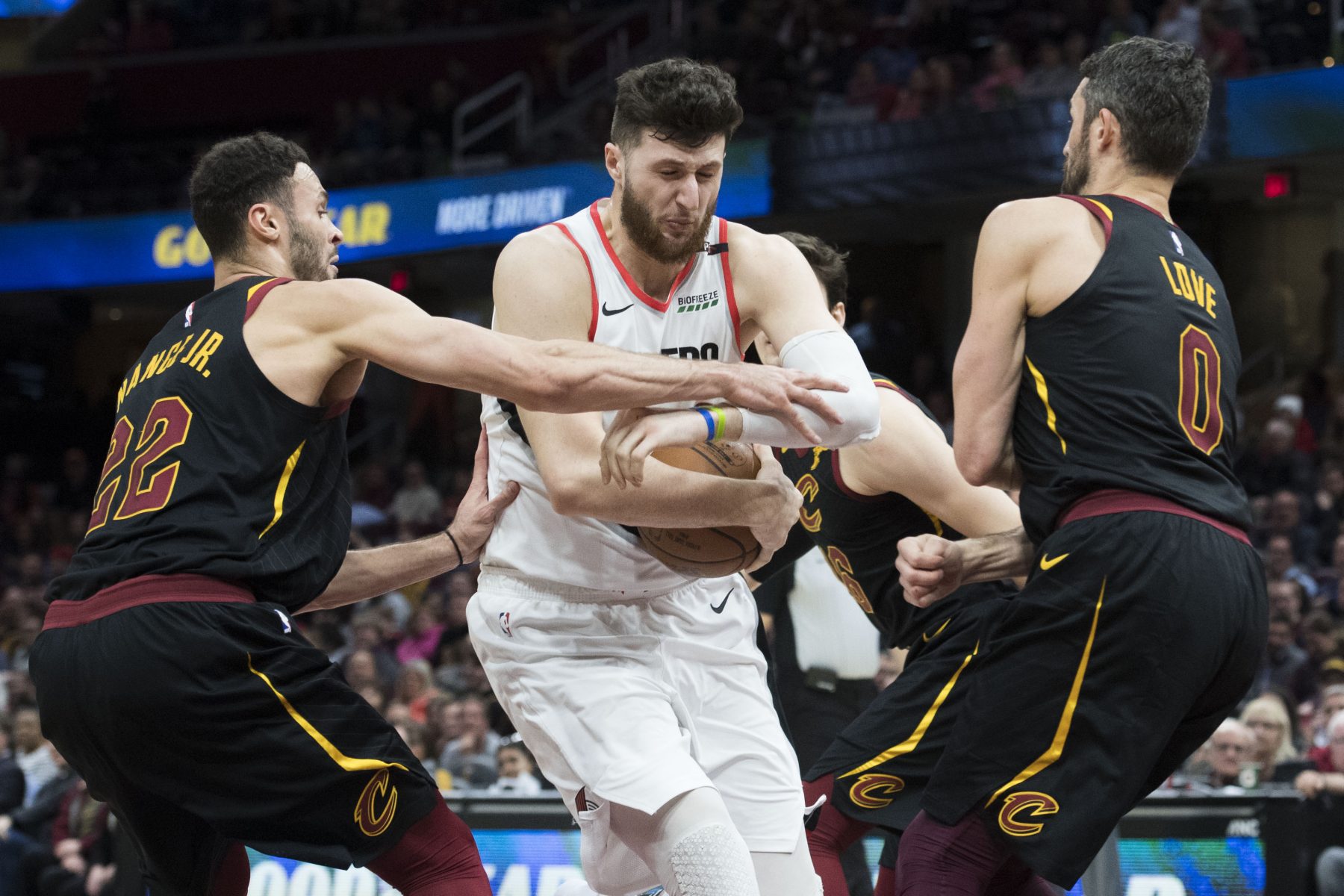 Kevin Love has reinvigorated the Cleveland Cavaliers since his return from a toe injury that kept him out of a vast majority of the 2018-19 season. One of his teammates in the frontcourt, Larry Nance Jr., is thrilled to have him back in the lineup.

“What’s not to like? I get to play next to a perennial All-Star,” Nance said.

The Cavs were excited to pair Love and Nance in the frontcourt this year. It took longer than expected for the two to see extended time on the floor together, but Nance believes they really complement one another.

“I think it really helps to have two guys at the 4 and 5 who can really handle it, shoot a little bit and read the defense and make some passes,” Nance said. “I think it just adds another level of playmaking to our team.”

“Yeah, that’s huge,” Love said. “He continues to expand his game beyond the three-point line and the better he gets at that, the more effective we will be on the offensive end.””

The Cavaliers’ lost season has much to do with Love’s injury. The five-time All-Star was sidelined after four games and Cleveland’s season quickly spiraled out of control. By the time Love returned to the court, the Cavaliers were 11-43 and in the depths of the Eastern Conference standings.

But since Love’s return, there’s been somewhat of a resurgence in Cleveland. Although the Cavs are still managing his workload with off days peppered in, Cleveland is 4-4 in the eight games Love has played since returning from the toe injury.

Love’s ability to bring the best out in the rest of the frontcourt shouldn’t be overlooked. Head coach Larry Drew can start showing teams different looks with Love healthy and Nance showing significant improvement.

“I love the fact that with (Nance) at the 5 it makes us more athletic and from a versatility standpoint we can do some things, whether he’s in there with Kevin or in there with Marquese (Chriss),” Drew said. “It gives us versatility at both ends of the floor. It allows us to do some things defensively that we love having him involved with. He has been terrific as far as making adjustments whether I play him at the 4 or 5.”

Not only are they winning games, but they are challenging teams with playoff aspirations. Love posted 16 points and 14 rebounds in a victory over the Orlando Magic, who are one game behind the Miami Heat for the eighth spot in the Eastern Conference.

In their very next game, Love and the Cavs gave the seventh-place Brooklyn Nets all they could handle. Love scored 24 points, corralled 16 rebounds, and made a habit of drawing Nets defenders into dubious fouls. He was 10-of-11 from the free-throw line. Brooklyn needed heroic performances from Spencer Dinwiddie and D’Angelo Russell to overcome Love and Cleveland.

The 2018-19 season went up in flames, but there is a sliver of hope for the future so long as Love is in a Cavaliers uniform.

brooklyn netscleveland cavaliersd'angelo russellfeaturedkevin lovelarry drewlarry nance jr.Miami Heatnews tickerOrlando Magicspencer dinwiddie
← Previous Story 5 Coaches the Cavs Should Consider Hiring for Next Season
Next Story → Why the Cavs Would Have Made the Playoffs This Year With a Healthy Kevin Love