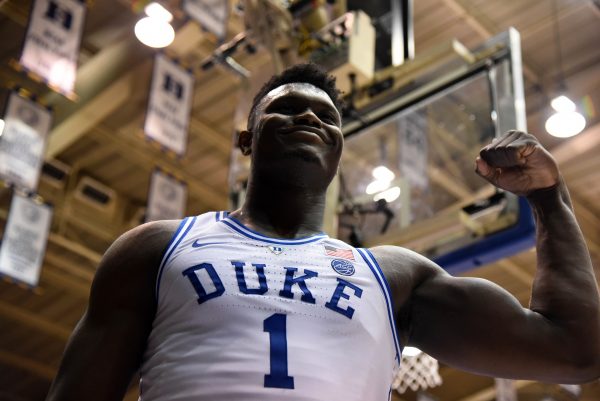 The Cleveland Cavaliers may be awarded with the top pick in the 2019 NBA Draft. If they aren’t, ESPN basketball expert Seth Greenberg believes there may not be much talent to choose from.

“This is a historically bad draft, because as you start getting down into the lottery, you don’t have guys who are going to impact your team,” Greenberg said on WKNR 850 AM. “That’s just the way it is.”

Duke University’s Zion Williamson is widely projected to be the first overall pick in the draft this year, as he is truly a supreme and singular talent.

If the Cavs end up with the second overall pick and miss out on Williamson, they could still select R.J. Barrett, who is Williamson’s teammate at Duke and another strong player with a promising future. However, he lacks the clear upside that Williamson possesses.

Earlier this season, many of the upcoming draft’s prospects were rated significantly higher. One such player is Duke’s Cam Reddish.

Back in November, many of the Cavaliers players believed that Reddish would eventually end up as the best and most durable player out of the Duke trio. Since then, however, the talks surrounding the draft have mainly focused on Williamson, as his stock has continued to rise.

At 13-46, the Cavs currently sport the third-worst record in the NBA.

The team is still in a great position to land Williamson despite not having the worst record in the league. Thanks to a set of new NBA rules, the teams with the three worst records in the league will all have equal chances of winning the lottery.

Hopefully, the Cavs won’t have to even worry about the talent past the draft’s top pick.