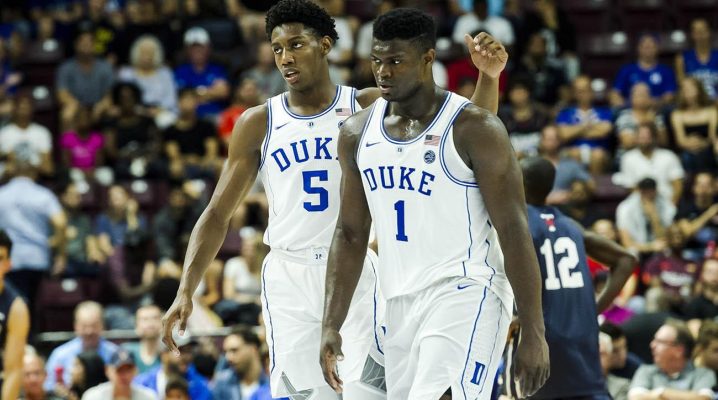 The Cleveland Cavaliers’ 1-11 start is putting them in position to have one of the top picks in next June’s NBA draft. Among the three freshmen at Duke University who are considered to be potentially in that group, some Cavaliers players believe that Cameron Reddish is the best of that trio.

“They think Reddish could be the best, longest-lasting pro of the three. Reddish is a 6-8 wing who weighs about 220 pounds. He scored 22 in his college debut, when Duke routed Kentucky the other night and the basketball world collectively foamed at the mouth.”

The last time that the Cavs drafted a player from Duke was in 2015, when they selected Tyus Jones. He was part of a draft night deal with Minnesota that resulted in the Cavaliers acquiring the rights to Cedi Osman. After playing two years overseas, Osman was signed by the Cavs last year

Prior to that, Kyrie Irving was the top pick in the 2011 draft after one injury-plagued year at Duke. Even though the Cavaliers dealt him away last year, the pick proved to be historically successful. That’s because it was Irving’s clutch 3-pointer in Game 7 of the NBA Finals that brought the franchise their first league championship.

The Cavaliers’ miserable start is unfortunately putting them in prime position for the top pick in the draft. However, Vardon pointed out a key rule change that doesn’t guarantee the team anything and could have them selecting as low as fifth:

“Per a change in NBA rules for the lottery process, the league’s worst team now only has a 14 percent chance of getting the No. 1 pick and can fall as low as fifth.”

After a heartbreaking one-point loss in Chicago on Saturday night, the Cavaliers will again try to win their second game of the season. Their next chance comes on Tuesday night with a home game against the Charlotte Hornets.