Report: Rodney Hood Has ‘Emerged as a Targeted Piece’ for Multiple Teams 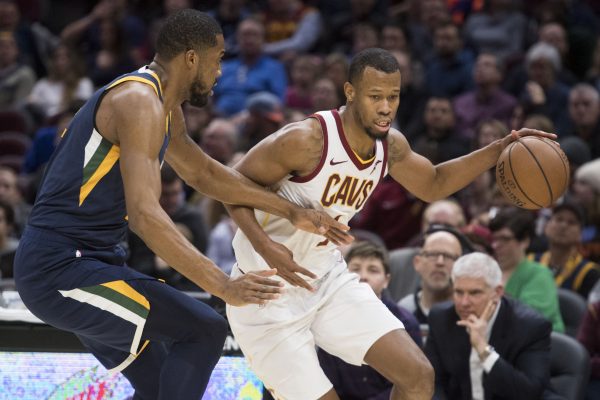 Rodney Hood may not be a member of the Cleveland Cavaliers for much longer. With the Feb. 7 trade deadline fast approaching, the trade market for the fifth-year player is beginning to heat up.

Shams Charania of The Athletic reports that multiple teams are interested in Hood and lays out a few potential suitors:

“Shooting guard Rodney Hood is garnering interest from several teams, and has a no-trade clause on the one-year, $3.4 million qualifying offer he signed with the Cavaliers before the season. Teams such as New Orleans, Oklahoma City and Milwaukee have looked into wing help. For a Cavaliers team with heavy salaries throughout the roster, Hood has emerged as a targeted piece.”

In his second season with the Cavs, Hood is averaging 12.7 points, 2.4 rebounds, and 2.0 assists per game, while shooting 36.1 percent from beyond the arc. That being said, the 26-year-old doesn’t appear to fit into Cleveland’s long-term plans, so it makes sense for the team to try and get some value before he likely leaves in free agency.

Hood has a no-trade clause in his contract, so he could block any trade that the Cavs are interested in. However, it seems unlikely that he would opt to do so, given that Cleveland sports the league’s worst record at 9-39.

Cleveland has a few veteran players on its roster, so it wouldn’t be surprising to see the lottery-bound team make multiple moves ahead of the trade deadline.