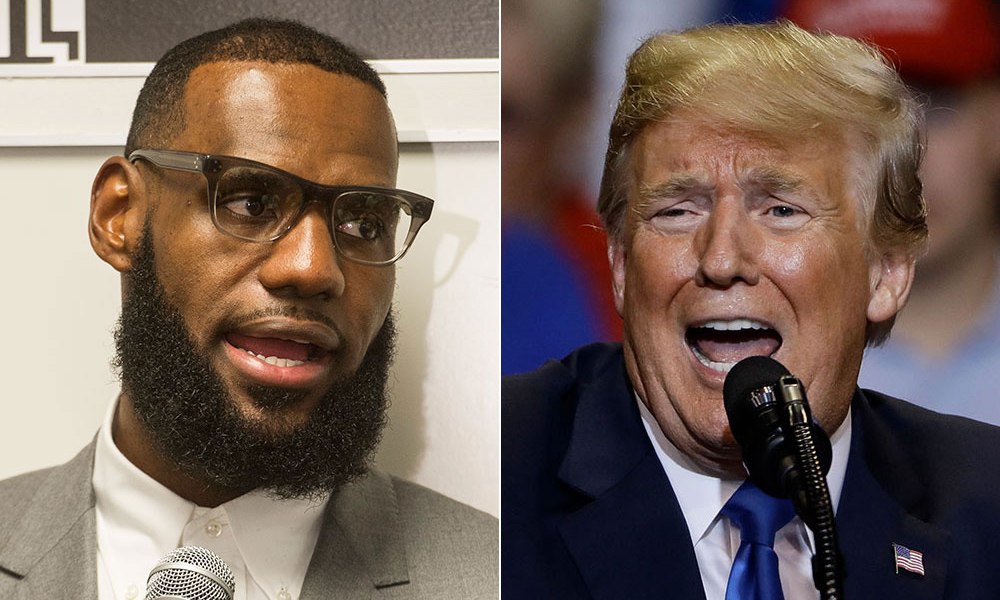 LeBron James has received quiet a bit of criticism for his recent claim that the 2016 NBA Finals win made him the G.O.A.T., and on Thursday, Boston Celtics president of basketball operations Danny Ainge used James’ statements to make a pretty shocking comparison between the four-time MVP and the current president of the United States.

Ainge made the comparison between James and Donald Trump during an interview on 98.5 The Sports Hub’s Toucher & Rich podcast.

“His career’s not over,” Ainge said. “I’d just like to — why he’s saying that, I don’t know. Maybe he thinks that that sells. Maybe he’s taking the Donald Trump approach and trying to sell himself. I don’t know.”

When later asked point blank if Ainge thought James was actually the greatest NBA player of all time, he offered a neutral response.

“Obviously LeBron is in every conversation with who is the greatest player of all time,” Ainge said. “But time will tell. I don’t know if anyone knows who the greatest of all time is, because the years are so different.”

This isn’t the first time Ainge has come out to criticize James. Back in 2013, when James was a member of the Miami Heat, Ainge criticized James for complaining about the officiating in a regular season game.

With Ainge making the comparison to Trump, it seems clear that he was trying to get under James’ skin. Ever since the polarizing president entered the White House, James has been outspoken about how much he disagrees with his policies and rhetoric.

It’s unlikely that James will issue any kind of response to the comparison between himself and Trump. Perhaps fans will have to wait until the Feb. 7 matchup between the Los Angeles Lakers and Celtics to see how James really feels.