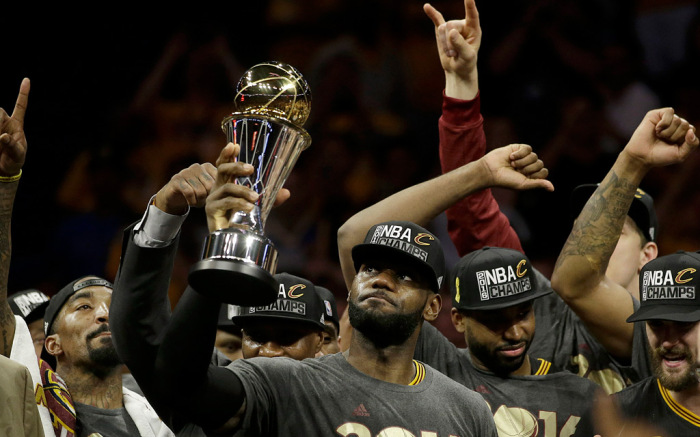 Over the weekend, LeBron James made headlines when he stated that he became the G.O.A.T. (greatest of all time) after coming back from 3-1 in a series to win the 2016 NBA Finals. Now, a former teammate and fellow Cavs champion is coming to James’ defense.

On Fox Sports’ “Speak for Yourself,” the topic of James’ assertion rose up. While the majority of the panel felt it wasn’t James’ place to claim the G.O.A.T. title, former Cavs guard Dahntay Jones disagreed.

"Coming back from 3-1 on the best team with the best record in basketball and by leading the finals in every statistical category, that's why you have the ability to say that." @Dahntay1 defends LeBron James calling himself the GOAT ? pic.twitter.com/W4DeIBpUBQ

“Yes, by that series, by beating the best team ever constructed, by coming back from 3-1 on the best team with the best record in basketball and by leading the Finals in every statistical category, that’s why you have the ability to say that,” Jones said.

“I think M.J. (Michael Jordan) was following a protocol of the past, but now with social media and everything that we have going on right now, people are not afraid to speak about themselves. And if you’re the greatest of all time, you have to believe it first.”

Moments later, Jones defended James again, saying that if he truly believes he is the greatest player of all time, which it seems he does, he should feel empowered to speak his mind.

“If we know you think you’re the best of all time, and we know how you think you feel about yourself but if you’re feeding us B.S., we’re gonna say, ‘You know, he’s lying to us,'” he said.

In the end, this proves something all NBA fans already know: The media will never not love talking about the four-time MVP.