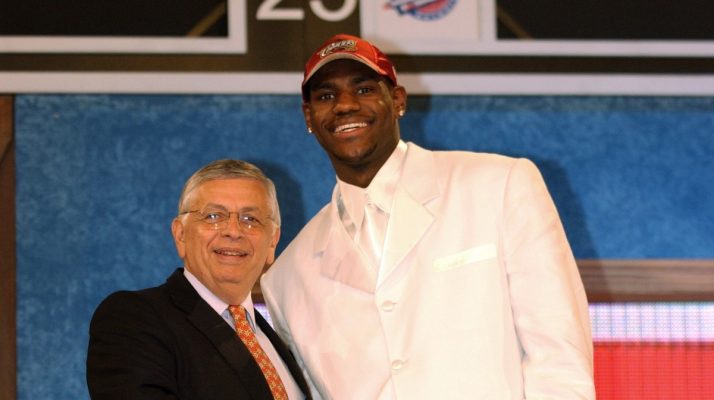 As the 2018-19 NBA season rages on, it is becoming abundantly clear that the Cleveland Cavaliers are hoping to score a top pick in the upcoming draft. In a report that seemingly proves that history repeats itself, former Cavs general manager Jim Paxson admitted to tanking in the 2002-03 season to improve the Cavs’ draft position.

Paxson spoke to Joe Vardon of The Athletic and recounted the lengths he and then-majority owner Gordon Gund went to in an attempt to score a top prospect in the famously talent-packed draft class.

“I said to (then-majority owner) Gordon Gund and the ownership, we probably have to take one more step back, and with this draft being a strong draft at the high end, see what happens,” said Paxson. “It was very painful.”

“The ‘pain’ was trading Andre Miller, whom they drafted eighth overall in 1999 and was blossoming into a fine point guard,” wrote Vardon. “In 2001-02, Miller led the NBA with 10.9 assists per game. He was perhaps the most popular player left among fans. On July 30, Paxson traded him to the Clippers for Darius Miles and Harold Jamison.”

Any fan of the Cavs knows what trading Miller ultimately led to: drafting LeBron James first overall in the 2003 NBA Draft.

Now, with the Cavs tied for the third-worst record in the East at 7-23, fans are hoping that history repeats itself in full.

Duke University star freshman Zion Williamson may be the most physically gifted and physically imposing NBA prospect since James came into the league. At 6-foot-7 and 285 pounds, Williamson’s speed and jumping ability seem to defy physics. There are very few players that fit that description, but one of them is definitely James.

Beyond that, the Cavs have certainly taken steps to reduce the veteran leadership and proven talent on their roster. The two major departures out of Cleveland so far this season have been Kyle Korver and George Hill. According to recent reports, there could be many more departures before the February trade deadline.

Now, with just over one third of the 2018-19 season in the books, it will be fascinating to see what moves the Cavs make to try to improve their draft position for another historically loaded draft class. If all goes according to plan, it could lead to yet another transcendent talent donning the Wine and Gold.