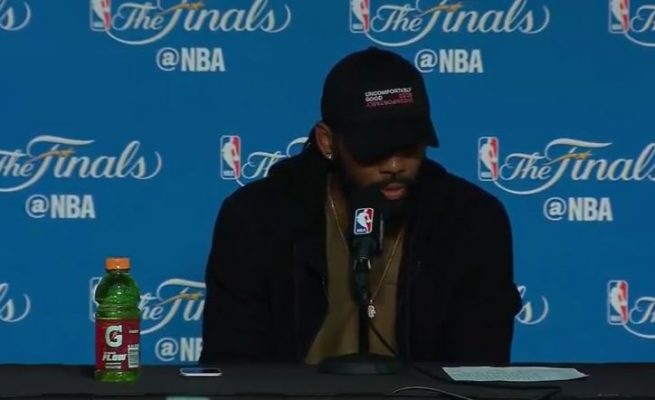 The Cleveland Cavaliers fell to the Golden State Warriors in Game 5 of the NBA Finals, 129-120, on Friday night, however the duo of LeBron James and Kyrie Irving did not go down without a fight.

James became the first player in NBA history to average a triple-double in the NBA Finals, as he ended the Finals averaging 33.6 points, 12.0 rebounds, and 10.0 assists per game, and Irving paid tribute to the Cavs leader after Game 5.

Kyrie Irving's a student of the game.

He couldn't ask for a better teacher and leader to continue to #DefendTheLand with than LeBron James. pic.twitter.com/v4JMKYezGd

Irving and the Cavs will look forward to a much-needed couple weeks off before getting right back to it in preparation for next season.