Kyrie Irving on Next Season: We’re ‘Definitely’ Not Underdogs 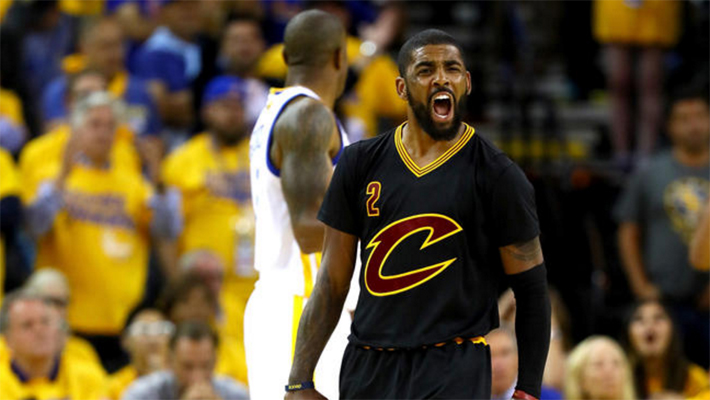 The challenge of defending an NBA title is something that Cleveland Cavaliers point guard Kyrie Irving appears to be relishing. As such, he isn’t concerned about the fact that the Cavaliers have been relegated back to underdog status for the 2016-17 season after the Golden State Warriors added forward Kevin Durant to their roster.

Irving recently spoke with Complex on a variety of topics. Given the already tumultuous offseason, Irving was already in midseason form when it came to any competitive talk about the team’s status for next year.

Noting that while winning a championship has set in for him, the historic nature of that victory still has been hard to grasp for Irving.

“The way we did it—coming back from 3-1—hasn’t necessarily sunk in because it took everything that I’ve ever had to give to the game of basketball in order to win that (championship),” Irving said.

When asked about all the hardships that he had endured over the past year, from rehabbing a fractured kneecap to dealing with rumored conflict among teammates, Irving talked about what drove him during this period.

“The haters weren’t my true motivation to why I wanted a championship. It’s good to prove people wrong in the process of doing great things, but they definitely don’t make me get up in the morning to prove them wrong,” Irving commented. “It was just that I think we really solidified our team, we solidified our statements about what we thought about ourselves and how great we felt we were as a team.”

As a member of the Olympic men’s basketball team that’s heading to Brazil, Irving is equally motivated to continue his summer of thrills.

“This is a very, very special tour for Coach K (Mike Krzyzewski). It’s his last one. I feel like it’s our time. It’s the next generation of players that will be leading the NBA for some time,” Irving said. “I can’t wait to go to war with those guys because I know what to expect.

“Also, the camaraderie, the bond is just engraved forever if you win a gold medal and I’m excited to do that with the team that we have, as well as the coaching staff and everyone part of USA basketball,” Irving added. “We just got to win a gold medal and be successful.”

Two of Irving’s Olympic teammates will be Durant and Draymond Green from Golden State. Competition gets underway on Saturday, August 5 against China, with tipoff set for 6 p.m. ET.