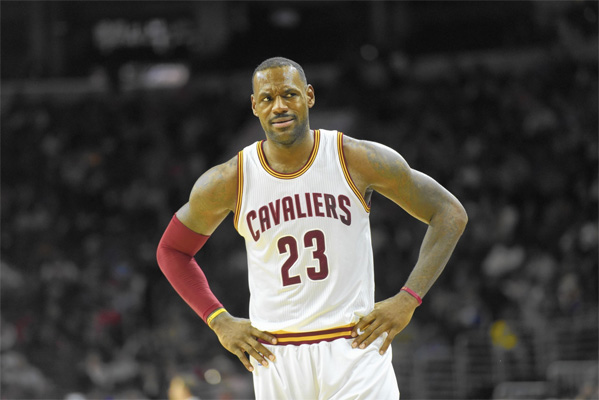 Though he’s aware of the extreme difficulty in accomplishing the feat, being part of a team that reaches 70 wins in a season is something that the Cleveland Cavaliers’ LeBron James has as a goal at some point during the remainder of his illustrious career.

James’ comments came in an Akron Beacon Journal article by Cavaliers beat writer Jason Lloyd, as he noted the key component in any such surge:

That number sits in such rarified air that only one team has ever reached the milestone: the 1995-96 Chicago Bulls. Currently sporting an 11-4 record, the Cavaliers would have to finish the season 59-8 to reach the 70-victory mark.

The 16-0 start by the Golden State Warriors has renewed the conversation among all members of the NBA community, including James. That record is just 4.5 games better than the Cavs’, who continue to have problems keeping players healthy, with four key performers again missing Wednesday night’s loss against the Toronto Raptors.

James, who has twice been on teams that have won 66 games (one each with Cleveland and Miami) is aware of the significance of what accomplishing it would mean:

“It’d have been great to be on a team to win 70 games, it’s just another feat in your career,” remarked James.

Speaking in the past tense is likely James’ way of acknowledging that the Cavaliers won’t achieve it this season.

James’ building frustration regarding the struggles the Cavs are having resulted in a players-only meeting after the Toronto game.

Despite that frustration, James was positive when about Cleveland’s overall potential:

“We’re a pretty good team, well coached,” James said. “We just have to continue to do better. It’s early in the season, but we’ll be all right.”