Don't Miss
Home / Media / Report: Kyle Korver Was Excited to Be Traded From Cavs to Jazz

Report: Kyle Korver Was Excited to Be Traded From Cavs to Jazz 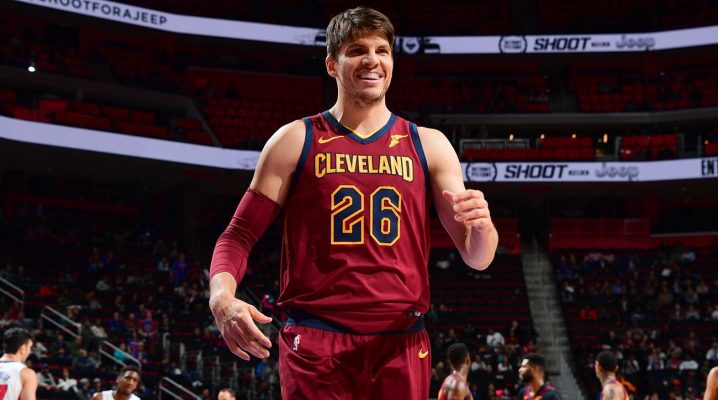 The Cleveland Cavaliers traded Kyle Korver to the Utah Jazz on Wednesday, which ended the veteran’s nearly two years as a member of the team. In the wake of the deal, he expressed excitement about joining the Jazz for a variety of reasons.

Source close to Korver on trade to Jazz: ‘He was excited. Likes their style of basketball, knows the city since he’s been there and really respects Quin (Snyder).'

Korver is returning to a place that he called home for parts of three seasons a decade ago. He was traded by the Philadelphia 76ers to the Jazz on Dec. 29, 2007, playing in 180 regular-season contests during those three campaigns. Coming off the bench in all but two of those contests, he averaged 8.7 points and shot 41.6 percent from long-range before then leaving in free agency in July 2010.

In 16 games with the Cavaliers this year, Korver was averaging 15.7 minutes of action per contest. In those games, he averaged only 6.8 points per game, but maintained his legendary prowess in 3-point shooting at a rate of 46.3 percent.

The rebuilding Cavaliers really had no role for Korver, who turns 38 in March, and had been looking to deal him prior to the February trade deadline. While the Cavs continue to struggle with a 4-16 record, the second-worst mark in the NBA, the Jazz are in the playoff hunt in the highly competitive Western Conference. They presently have a 10-12 record, the third-worst mark in the conference, but they’re within two games of the team currently in the seventh spot, the Los Angeles Lakers.

Korver was acquired by the Cavaliers from the Atlanta Hawks on Jan. 7, 2017 in exchange for a first-round pick in 2019 as well as veterans Mike Dunleavy and Mo Williams. One key facet of the deal is that the first-rounder is protected, meaning that if the draft pick from the Cavaliers ends up among the first 10 selections, they get to keep it.

The first opportunity that Korver will get to play for the Jazz will be Friday night, when they continue an Eastern road trip with a game at Charlotte. He’ll renew acquaintances with his Cavs teammates twice, the first time coming at Quicken Loans Arena on Jan. 4. That will be followed by a rematch two weeks later in Salt Lake City.