George Hill Has One Major Regret as He Leaves Cleveland Cavaliers 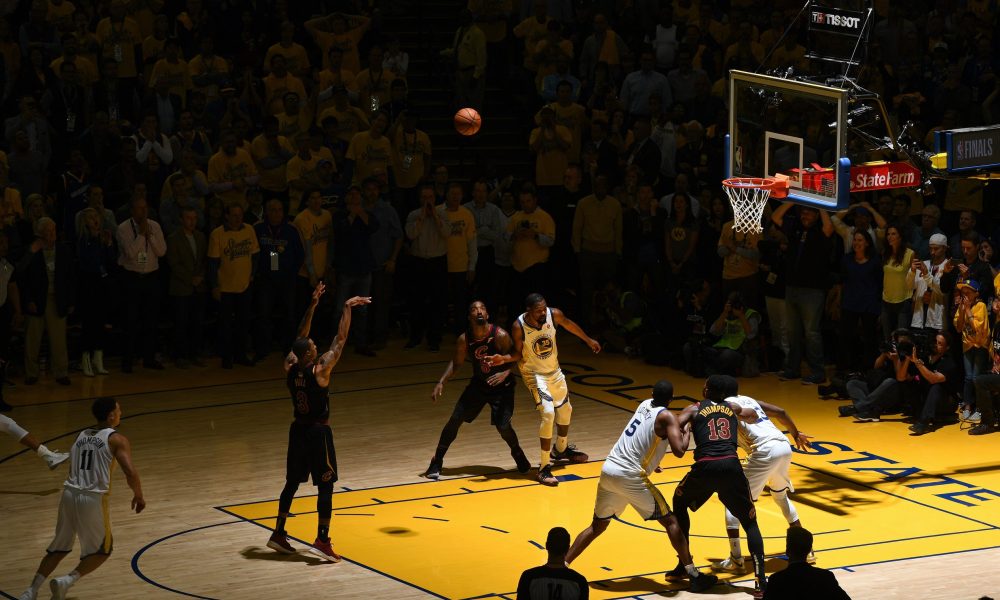 After being traded to the Milwaukee Bucks on Friday, veteran point guard George Hill offered his goodbye to teammates, the Cavaliers organization and the team’s fan base. In his remarks, he had one regret about his brief 10-month stay as a member of the Cavs.

Speaking to Joe Vardon of Cleveland.com, Hill began his farewell comments by pointing out his gut-wrenching miss of a free throw in the closing seconds of regulation in Game 1 of last year’s NBA Finals. Had Hill made the attempt, the Cavaliers may have came away with an upset win over the Golden State Warriors. Instead, they lost in overtime and were subsequently swept in four games.

“Sorry I couldn’t get it done when I was here for the Finals, missing that free throw, but it’s nothing but love,” Hill told The Athletic. “You gotta give the organization thank you, you gotta give my teammates a huge thank you for welcoming me with open arms since I first got here, giving me a chance to play in the NBA Finals, something I’ve never dreamed of. So for me it’s kind of bittersweet.

“You don’t want to leave a place that you create relationships with your teammates and people in the organization, front office and things like that, but, it’s a business,” Hill continued. “Get another opportunity to take my talents and my game down to Milwaukee and try to help them win games as best as I can.”

Hill’s missed free throw was overshadowed by a crucial mistake made by Cavaliers guard J.R. Smith after he collected the rebound on that attempt. Instead of offering up an immediate putback shot, Smith inexplicably dribbled away from the basket, with a desperate buzzer attempt by Hill, not coming close to connecting.

Changing uniforms has become a regular event for Hill over the past four seasons, with the Bucks being his fifth different team since the start of the 2015-16 NBA season. The Cavaliers acquired him last February from the Sacramento Kings as part of a three-way deal with the Utah Jazz.

This season, the Cavaliers have dropped 20 of their first 25 contests, which is the reason why Hill is on the move again. The team’s rebuilding effort doesn’t involve having the 32-year-old Hill in the backcourt, especially with the Cavs’ top draft pick, Collin Sexton, poised to replace him in the lineup.

This season, Hill has been limited to 13 games because of injury, averaging 10.8 points, 2.8 assists and 2.1 rebounds per game. Like the expectations of the Cavaliers when they acquired him, the Bucks are hoping his experience can be an asset during the postseason. However, they will have stiff competition when it comes to replacing the Cavs as the Eastern Conference representative in the finals.