Why the Cleveland Cavaliers Should Tank for Zion Williamson 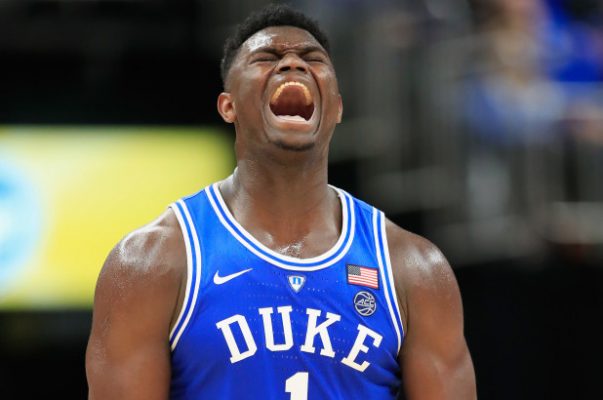 For much of the last two decades, the Cleveland Cavaliers have enjoyed a place either near or at the top of the world of basketball. That would have not been possible without the incredible ability and skill of LeBron James.

However, through nearly one month of basketball without James, it has become abundantly clear how much the Cavs miss the four-time MVP.

At the moment, the Cavs have lost 10 of their first 11 games and sit not only last in the Eastern Conference, but last in the entire NBA. It’s almost hard to believe that less than six months ago, they were competing in the NBA Finals for a fourth straight season.

That’s the power of a transcendent talent in the NBA, though. Now that James is gone, fans and experts alike may be wondering what the Cavs can do, but the answer might be staring them straight in the face.

The Cavaliers should tank for the opportunity to draft the generational talent that is Duke University’s Zion Williamson. But why should the Cavs sacrifice their season for the chance to draft an 18-year-old prospect who has barely even played at the collegiate level? The truth is, there are quite a few answers.

Perhaps the easiest place to start when it comes to the Spartanburg Day School product is his freakish combination of size and speed. Currently, Williamson is listed at 6-foot-7 and 285 pounds. The fact that he is just 18 years of age and may not be done growing should make current NBA defenders shake in their sneakers.

If Williamson were to play in the NBA tomorrow, he would already be one of the heaviest players in the league. Height and size alone are not his only physical gifts, however. His speed and elevation are also elite.

This clip from Duke’s recent dominant victory over the University of Kentucky proves that Williamson will not let his size slow him down. He uses his speed to take advantage of a turnover and get in front of the break, and then uses his hops to slam the ball home.

If that video didn’t convince you, this one surely will.

Yup, that’s a 285-pound teenager soaring 15 feet through the air from the free-throw line to the basket. While it’s nearly impossible to imagine that he will become even more powerful going forward, consider how much players like James, Anthony Davis, and Giannis Antetokounmpo were able to refine and improve their games from their rookie years onward. That kind of progression is something Williamson is undoubtedly capable of.

The physical traits could be enough to convince a lot of organizations to tank for a chance to draft Williamson. That isn’t all the freshman forward possesses, however. He also has fantastic shooting ability.

It’s a small sample size, but in his first NCAA game, Williamson has also proven that he has the efficiency and range of a top-tier player. In Duke’s win over Kentucky, Williamson shot 11-of-14 from the field and was perfect from beyond the three-point arc. While these percentages are sure to go down as the college basketball season progresses , they are certainly an indication that he is a dangerous offensive weapon around and away from the basket.

Another reason why the Cavs should consider tanking to draft Williamson is his desire to succeed. While some athletes might be comfortable with relying on their physical abilities to succeed, the young star has already proven that he is committed to doing much more.

Zion has something to prove ? pic.twitter.com/mIO8OqEnUJ

Steve Kerr amazed by Zion Williamson last night: “LeBron, I thought that was a one shot deal…” and then realizes he can’t say anything: “Adam, wherever you are, please don’t fine me.” pic.twitter.com/dkmrOG1JcJ

“I probably can’t say anything more, or mention his name,” Kerr said. “The one who’s 285. I thought LeBron, I thought that was a one-shot deal, but apparently the next guy’s coming.”

If the Cavs play it smart this season, they could very likely get a chance to put that next guy in the Wine and Gold.