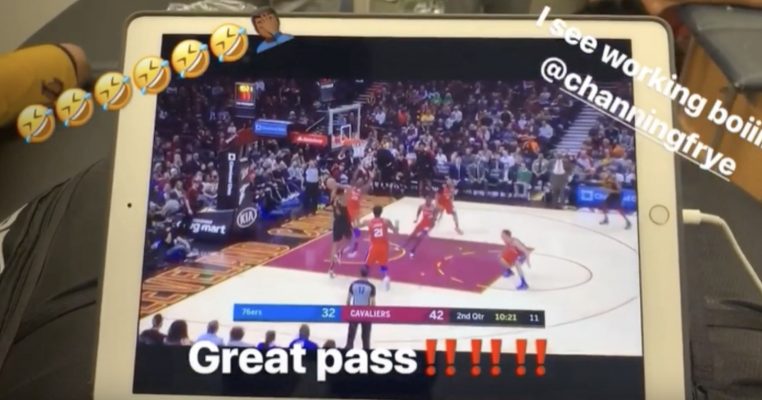 LeBron James still maintains a close relationship with many of his former Cleveland Cavaliers teammates, and when Channing Frye threw a puzzling pass during Sunday’s game against the Philadelphia 76ers, James couldn’t help but roast him.

The four-time MVP posted a video onto his Instagram story in which he playfully made fun of Frye’s errant pass.

This isn’t the first time James has poked fun at Frye. Back in August, James reacted to a video of Frye and former Cavs teammate Richard Jefferson working out together. A month before that, he offered his commentary on Kevin Love’s amusing parody post of Frye’s return to Cleveland.

Ultimately, it is nice to see the camaraderie that still exists between these players despite the fact that James is no longer playing in Cleveland.