LeBron’s Hilarious Reaction to Channing Frye Going Back to Cleveland 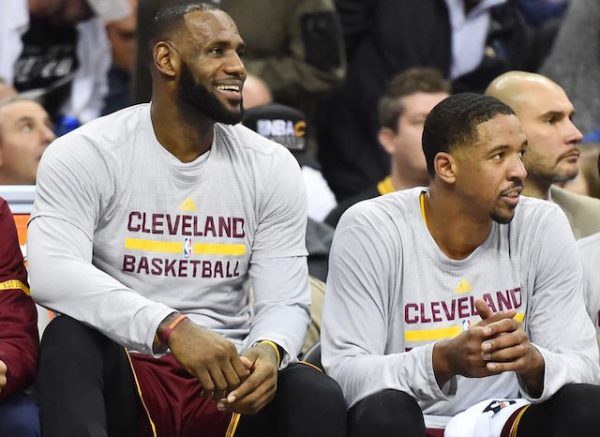 Back in 2014, LeBron James announced his return to the Cleveland Cavaliers by delivering the news in an article written for Sports Illustrated. Despite now being a member of the Los Angeles Lakers, James took notice of the social media message by former teammate Kevin Love about Channing Frye‘s return to the Cavaliers. In turn, he offered his commentary on the amusing parody of that article, while J.R. Smith also offered a thumbs up of the image. 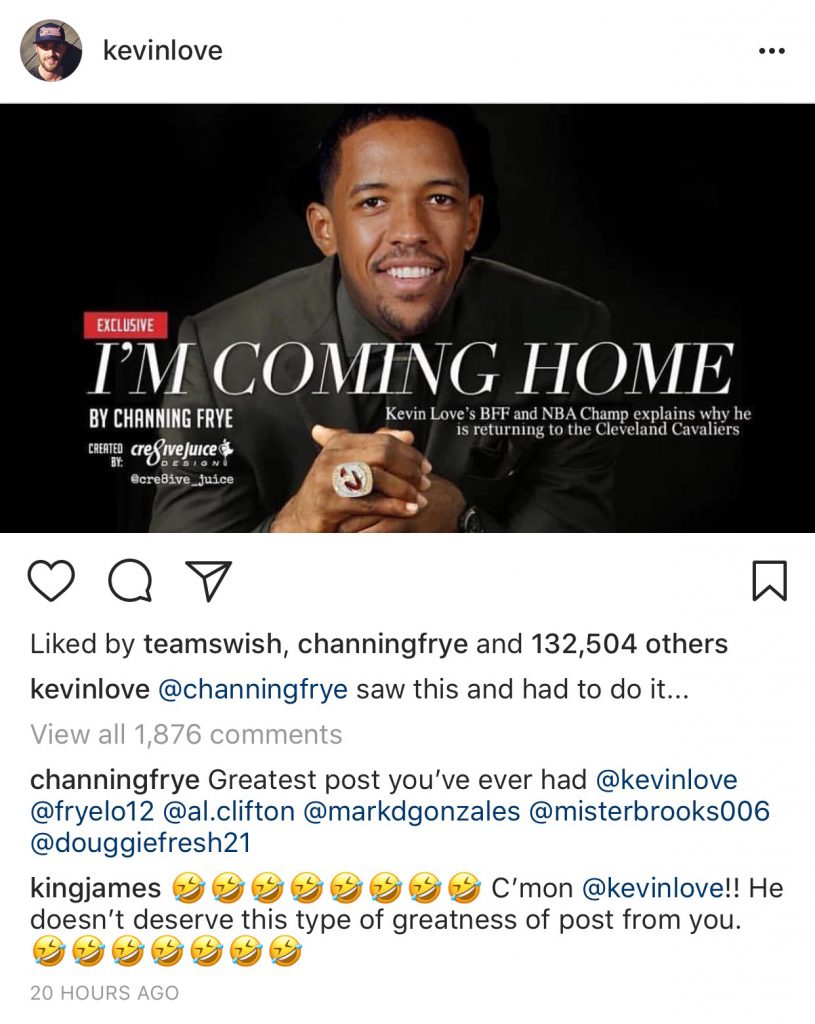 James has strong bonds with both Love and Frye, having urged the Cavaliers to trade for Love shortly after that 2014 return and pushing for the February 2016 trade that first brought Frye to Cleveland. Just four months after the latter deal, the trio celebrated the franchise’s first-ever title.

The 35-year-old Frye had been dealt to the Lakers this past February, but saw action in only nine contests for his new team. Likely sensing little or no interest from the Lakers or other teams in free agency, the veteran decided on Saturday to return to the Cavaliers on a one-year, $2.4 veteran’s minimum deal.

Two weeks ago, James delivered his bad news to the Cavs, which could lead to the team going into a full rebuilding of the roster. Such moves would likely mean that Love could be sent elsewhere, since he can be a free agent next July if he chooses to opt out of the final year of his five-year contract that he had signed in 2015.