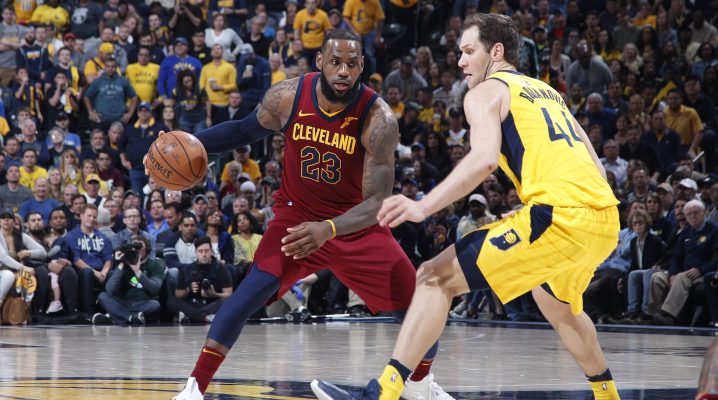 Now that LeBron James has landed with the Los Angeles Lakers, his jersey and new teammates are just two of the things that will be changing over next season. Besides shedding his Cleveland Cavaliers jersey, ESPN’s Brian Windhorst believes that James will be adapting a new style of play with those teammates.

Windhorst: “I think I know what’s going on. LeBron doesn’t want to play the way he played in Cleveland….I think LeBron is going to try play off the ball a bit more."

James’ outstanding passing abilities allow for better spacing among his teammates, though it remains to be seen whether or not the Lakers roster is currently up to the challenge of quickly adapting to their legendary teammate when it comes to that department.

This past season, there was some criticism about his holding onto the ball for too long while in search of a possible assist. However, the fact that such talk emerged during the Cavaliers’ severe struggles in January points more toward frustration than pinpointing an actual problem. Another factor that led to such criticism generally came on nights where teammates were missing the shots that James helped set up, something that was impossible for him to control.

The burden that James was under when it came to holding the ball for so long was due in part to the Cavaliers’ issues at point guard in 2017-18. While it didn’t take a toll on him physically, given that he managed to put up an MVP-type year and played in all 104 of the team’s games, he’ll be turning 34 in December. With the Lakers adding veteran Rajon Rondo to their roster and having a potential star in Lonzo Ball continuing to develop, that opportunity to play more off the ball would allow for much less stress and strain over the course of the NBA season.