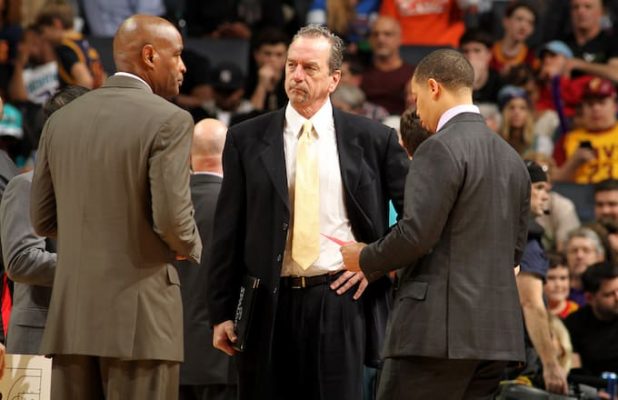 Former Cleveland Cavaliers assistant coach Jim Boylan had filed a discrimination lawsuit against the team on Friday, and it didn’t take long for the Cavs organization to issue an official response.

Ben Axelrod of WKYC published the Cavs’ response on Friday morning, and based on the wording of the response, it seems team owner Dan Gilbert, general manager Koby Altman, and the front office plan on putting up quite a fight.

The response was released by team counsel Jason Hillman:

“The Cleveland Cavaliers had an ‘option,’ in its sole discretion, to extend the contract of its former Assistant Coach Jim Boylan one additional year for the 2018-2019 NBA season.

“The Cavaliers chose not to exercise its option to extend Mr. Boylan’s contract for the 2018-2019 season, a right that was fully and completely negotiated and executed in accordance with terms of the contract.

“The contract between the Cavaliers and Mr. Boylan ended with the completion of the 2017-2018 NBA season.

“Sometime over the past couple of months, Mr. Boylan hired the Cleveland, Ohio law firm of Thorman Petrov Group.

“After Mr. Boylan hired this plaintiff firm, Christopher Thorman wrote to the Cavaliers initially to ‘informally’ resolve matters related to Mr. Boylan’s employment, only to then follow up with an outrageous written demand for $6.174 million dollars. The demand was a precursor to a threat to file a lawsuit in the misguided hopes that embarrassing the Cavaliers by publishing Ty Lue’s voicemail would motivate a settlement. Thorman followed through with his threat yesterday.

“The outrageousness of Mr. Boylan’s claim of ‘age discrimination’ due to the Cavaliers not exercising an option in a contract both parties signed cannot be overstated. The only fact that exceeds the egregiousness of Mr. Boylan’s claim that he is owed any further compensation from the Cavaliers is the extortion attempts by Christopher Thorman demanding $6.174 million dollars when, had the one-year option been exercised for the 2018-2019 season, Mr. Boylan would have been paid $500,000 for his services. Mr. Thorman, as well as his law firm Thorman Petrov Group, has a pattern and practice of deploying these types of strategies.

“This frivolous lawsuit is simply an opportunistically-timed effort at a shameless cash grab. The team will seek immediate dismissal of this disappointing, unwarranted and baseless claim.”

Gilbert and Altman are juggling quite a few balls at the moment. Shortly after firing former head coach Tyronn Lue, it was reported that contract negotiations between the Cavs and acting head coach Larry Drew had stalled. Then, J.R. Smith made it clear that he wanted out of Cleveland via trade. Finally, just hours after the initial news of Boylan’s suit, it was announced that All-Star Kevin Love had undergone surgery on an injured toe and will be out for at least six weeks.

Things are stacking up for the Cavs right now. Considering the Cavs’ current struggles on the court, it will be interesting to see how the increasing turmoil off of it further impacts their performance.