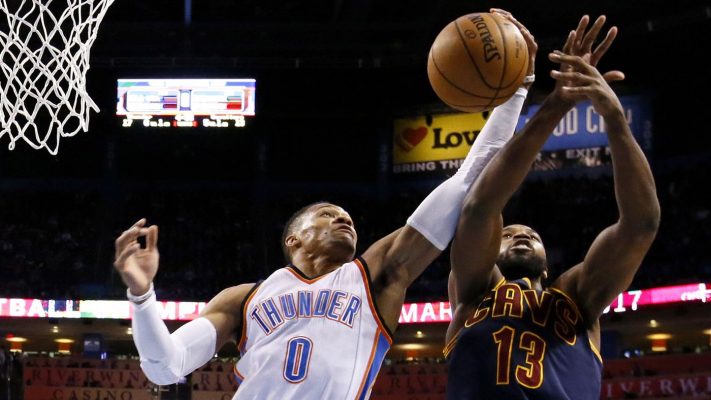 The Cleveland Cavaliers are still looking for their second win of the season, and Wednesday’s game against the Oklahoma City Thunder now seems like a more likely place to get it after it was reported that former NBA MVP Russell Westbrook will be out with an ankle injury.

So it'll be kind of a day to day thing to see where Westbrook is at in terms of return to play. OKC plays Thursday against the Rockets, though that's a back-to-back with no practice or shootaround to test it, so more likely eyeing next week against Dallas or Phoenix.

The former MVP injured his left ankle on Monday night during a 122-116 victory over the New Orleans Pelicans. So far this season, he is averaging an impressive 24.1 points, 8.9 assists, and 8.3 rebounds per game.

As for the Cavs, they very nearly got their second victory of the 2018-19 season on Monday night, but ill-advised play by the Cavs and a last-second shot by the Orlando Magic left Cleveland with just one game still in the win column.

Westbrook’s absence in the game may make it easier for the Cavs to get a much-needed win, but it could still be something of a long shot. After starting the 2018-19 season with four straight losses, the Thunder have won five straight. Even with Westbrook on the bench, the Thunder will still have the most talented player in the game, with All-Star Paul George leading the charge.

Still, it will be interesting to see how the Thunder respond now that they are without their lead man. Perhaps, the Cavs can capitalize on that uncertainty and get out of Wednesday night’s game with a win.