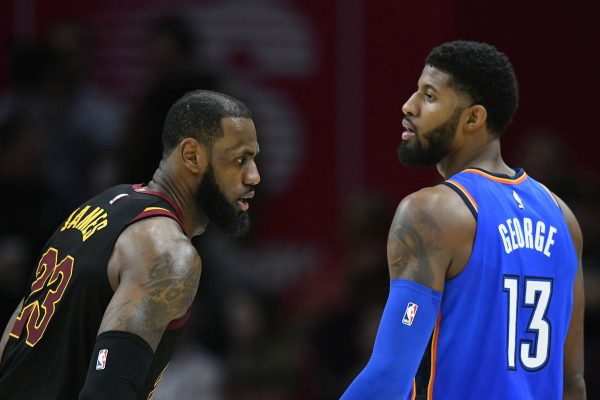 Throughout the NBA, fans and experts alike have now seemingly agreed that LeBron James will likely decide between re-signing with the Cleveland Cavaliers and taking his talents to Southern California.

While some see the Los Angeles Lakers as the favorites right now, James’ recent actions seem to indicate that he is still hoping to stay in Cleveland.

According to a recent report, James is actively trying to recruit other star players to join him in Northeast Ohio.

It is certainly encouraging to hear that James is looking for ways to remain in the Wine and Gold, but it is still up to Cavs general manager Koby Altman and owner Dan Gilbert to find a way to make it happen.

So far, the two stars that have been most closely connected to the Cavs are San Antonio Spurs forward Kawhi Leonard and Charlotte Hornets point guard Kemba Walker. However, those are not the only two All-Stars potentially available as several top-tier talents are expected to hit the free-agency market along with James in just over a week.

It would take quite a bit a creativity from the Cavs’ front office to free up the cap space necessary to sign a star, but crazier things have happened.

The three-time NBA champ’s preferred destination remains far from clear. What is clear is that he likely wont be staying in Cleveland if the Cavs are not able to add some substantial talent to their roster. If they can’t, it seems likely that James will look to continue his storied NBA career elsewhere.