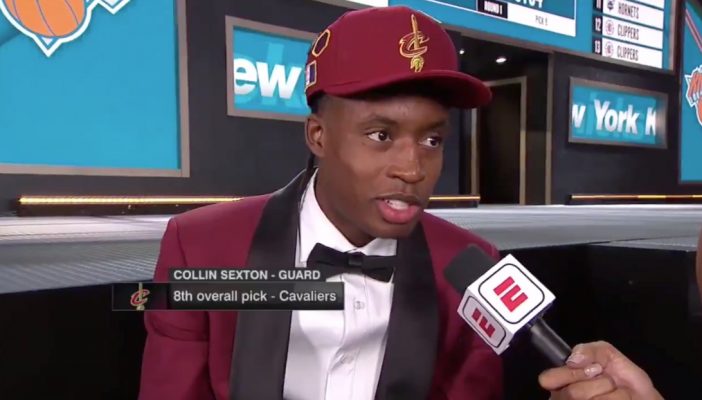 The Cleveland Cavaliers have officially selected former University of Alabama guard Collin Sexton with the eighth overall pick in the 2018 NBA Draft.

Sexton has been discussed as a possible option for the Cavs for quite some time, and just moments after Sexton was drafted, he seemed ready to share a message to four-time MVP and potential future teammate LeBron James.

Leading up to the draft, a report had indicated that James and his camp saw Sexton as one of the most compelling prospects in the draft.

Whether Cavs general manager Koby Altman and owner Dan Gilbert opted to pick Sexton in an effort to persuade James to re-sign or because they truly saw him as the best prospect on the board is unclear. One this that is clear, however, is that the Cavs got one seriously talented player.

Sexton is a ball-dominant point guard with elite athleticism and the competitive spirit necessary to succeeed in the league. In his one season with the Crimson Tide, he averaged 19.2 points, 3.8 rebounds, and 3.6 assists per game.

It’s impossible to predict whether or not the Cavs drafting Sexton will be enough to convince James to re-sign with Cleveland. If it’s not, the young point guard will likely go from being a talented role player to the young face of an organization very soon.