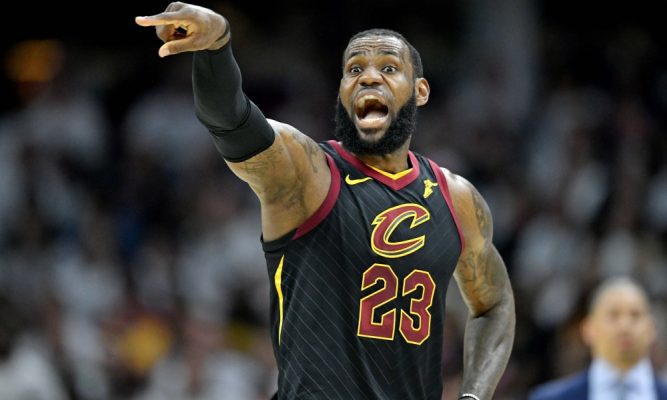 While the Cleveland Cavaliers seem prepared to use their eighth overall pick in the upcoming 2018 NBA Draft, experts and fans alike believe that in order to keep LeBron James in Cleveland, the Cavs may have to use that pick as trade bait.

Considering the number of draft picks and players that the Cavs have traded away in the past to keep James happy, it is not a bad assumption in anyway.

However, according to a recent report, it appears that drafting potential first-round pick Collin Sexton could help convince the four-time MVP to re-sign with the Cavs this summer.

Joe Vardon, on with us right now, says LeBron's people like Colin Sexton

Based on a follow-up tweet by Zirm, Cavs owner Dan Gilbert seemed to hear James loud and clear.

anddddd guess who was at Colin Sexton's private workout for the Cavs? Dan Gilbert

Sexton impressed throughout his freshman year at the University of Alabama and finished the season as the SEC Freshman of the Year as well as a member of the second-team All-SEC squad. The 6-foot-3 guard averaged 19.2 points, 3.8 rebounds, and 3.6 assists per game in his freshman season before declaring for the draft following the NCAA Tournament.

In many recent mock drafts, experts predict that Sexton will be available for the Cavs with their eighth overall draft pick.

This year’s draft is loaded with talent, but Sexton might be the most attractive pick for the Cavs, not only because of his immense ability, but also because it could help keep James in the Wine and Gold.